A Conversation With Orly Mazur (SMU): Taking On Tax And Tech

Forbes, A Conversation With Orly Mazur: Taking On Tax And Tech: 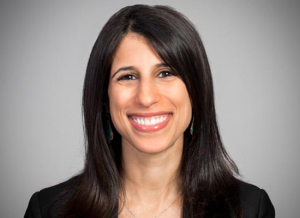 Orly Mazur is a pioneer working to shape the tax law to adapt to rapidly changing technology. While leading classes at Southern Methodist University Dedman School of Law through examinations of various aspects of the tax law, she focuses her scholarship on cutting-edge issues in the digital economy and has become a leading voice on the intersection of tax and technology.

The influence of a standout mentor led Mazur to find her place in the front of the classroom at SMU — where she has won accolades from her students — and into the pages of many law journals. Her mentor's work has been a model of combining scholarship and policymaking, and Mazur’s own scholarship on the implications of technology has positioned her to follow a similar path. ...

Balancing classes with research and writing is a constant challenge for professors, but Mazur has made many contributions to tax scholarship, and her articles have landed in highly regarded journals. Mazur also makes an effort to involve students whenever possible so that they gain experience doing research and are able to explore new areas of the law. Thinking about the direction the tax law should take and training future lawyers combine to make for a fulfilling career that Mazur clearly loves.

The work begins by explaining the crowding-out theory and its potential application in several non-tax contexts. Although some existing literature predicts that rewards or punishment can, in some cases, reduce intrinsic motivation to engage in a desired behavior, Lederman determines that it is hard to draw firm conclusions from existing studies and, ultimately, these results are not directly helpful in answering the question of whether enforcement reduces voluntary compliance in the tax context.

Should the workers who make up the sharing economy be classified as employees or independent contractors? This question, which has significant legal ramifications for gig economy workers, has been extensively debated by policymakers, academics, litigators, legislators, business operators, and regulators, among many others. In her new work, Diane Ring brings a new perspective to the debate. She convincingly argues that the worker classification debates are often incomplete due to silos among legal experts. In the sharing economy, the detrimental effects of these legal silos are compounded by first-mover actions, which together create the risk that the outcomes of the worker classification debates have unintended and undesirable collateral effects.

As Ring explains, when answering the question of how sharing economy workers should be classified, legal experts often focus on the implications of each classification arising from their area of the law or “legal silo,” without a full understanding of the effects of that outcome in other legal contexts. But resolution of this worker classification issue in one legal context is likely to affect a worker’s legal implications in another context.

As Tax Day approaches, millions of people are using tax software, such as TurboTax, to prepare their tax returns. But what if you make a legal error on your tax return as a result of the tax preparation software? Under current law, the legal liability for the error is directly on you - the taxpayer.

In her new work, Susan Morse proposes to fundamentally change the way regulatory law is enforced. She proposes government-to-robot enforcement. Specifically, Morse argues that an automated law system, which is any machine that produces a legal determination, should be held directly liable for compliance errors made by its users. Therefore, if you use TurboTax to prepare your taxes and you correctly input your facts, but the system produces a return that understates your tax liability, you would not be directly liable for this error. Instead, if the error is discovered, the IRS would pursue enforcement against and impose liabilities directly on TurboTax.