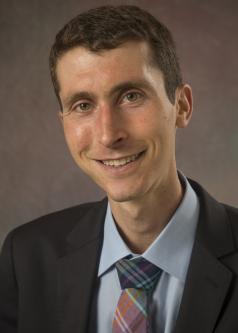 The Treasury Department’s final regulations on contributions in exchange for state and local tax credits came as no surprise to anyone who has watched this story unfold. The regulations, released yesterday, provide that a payment to a government entity or a charitable organization will not be treated as a deductible charitable contribution if the donor receives a state or local tax credit exceeding 15 percent of the donation’s fair market value. The final rule largely tracks the draft version released in August 2018 and vetted in a months-long notice-and-comment process. If there is any hard news story to emerge from yesterday’s release, it’s that Treasury (thankfully) did not cave to pressure from private-school voucher advocates to create a carve-out for programs that preexisted the December 2017 tax law’s $10,000 cap on state and local tax deductions.

The tax legislation signed into law by President Trump on December 22 takes aim at tax-exempt organizations that pay presidents, college football coaches, and other employees more than $1 million a year. But as with so many other aspects of the hastily drafted bill, Republican lawmakers fumbled on this provision too. While the drafters evidently intended to impose a 21% excise tax on both public and tax-exempt private institution that have employees with compensation over $1 million, they appear to have inadvertently left public universities off the hook.

As a result, the new excise tax quite likely won’t apply to public universities with highly paid employees, such as Nick Saban (who makes more than $11.1 million a year), Clemson coach Dabo Swinney ($8.5 million), or Michigan coach Jim Harbaugh ($7.0 million). It will, however, apply to private universities with their own highly compensated employees, such as Stanford coach David Shaw ($5.7 million), Texas Christian’s Gary Patterson ($5.1 million), and Northwestern’s Pat Fitzgerald ($3.3 million). That’s good news for state-school sports fans, whose teams will now have an advantage in the scramble for top coaching talent. But it may come as a surprise to Republican lawmakers who—according to the explanation accompanying the House-Senate conference report — thought that the new excise tax would apply to state and local government employers whose income is excluded from federal income tax.

Ellen Aprill (Loyola-Los Angeles) and I have posted a primer on the Senate's Byrd Rule, focusing specifically on the requirement that provisions in a budget reconciliation bill must have more than a "merely incidental" effect on revenue. As we write:

The Byrd rule applies in the Senate to all measures that are passed through the budget reconciliation process, including to the House-Senate conference report. It is the source of the requirement — familiar to many in the tax world — that a bill passed through reconciliation cannot add to the deficit outside the budget window (which in this case is 10 years). It is also the source of a little-understood requirement that every provision in a reconciliation bill must produce revenue effects that are more than “merely incidental” to the non-budgetary consequences.

While the primary focus of news coverage and commentary on the Byrd rule in recent weeks has been on the deficit limitations, the Byrd rule’s “merely incidental” proviso is likely to play an increasingly important role as House and Senate negotiators hash out a conference report. The intricacies of the Byrd rule may determine the fate of provisions affecting the political activities of charitable organizations, the tax treatment of confidential sexual harassment settlements like the ones used by Harvey Weinstein, and many more. And if the conference report runs afoul of the Byrd rule, that could delay passage of the final bill until early 2018.

How Keeping The Property Tax Deduction Could Harm Middle-Class Homeowners

Republican lawmakers have reportedly reached a deal to preserve the deduction for state and local property taxes while repealing the deduction for other state and local taxes as part of their proposed tax overhaul. The compromise is apparently intended to win the support of House Republicans from high-property-tax states like New Jersey and New York, who think that the deal is a good one for middle-class homeowners in their districts. But as Jed Graham points out in a nice article at Investors.com, preserving the property tax deduction as part of the Republican plan might have negative consequences for the very people that it’s intended to help.