Pepperdine Law reopened on Monday after being closed for 17 days due to the Woolsey Fire. I was hugely disappointed that I was unable to welcome students, staff, and faculty back to campus. I spent Saturday evening in the UCLA Hospital ER and learned that I had detached retinas in both eyes. I had emergency eye surgery on Monday and am now on my way to a full and speedy recovery.

The 17-day closure forced us to institute a compressed class and exam period. Our leadership team worked tirelessly to ease the burden on everyone by creating a week-long schedule of community activities. Monday featured a full breakfast and lunch followed by a Deans Forum. Because I could not attend in person, we displayed my doppelganger in the form of a 6-foot cardboard cut-out: 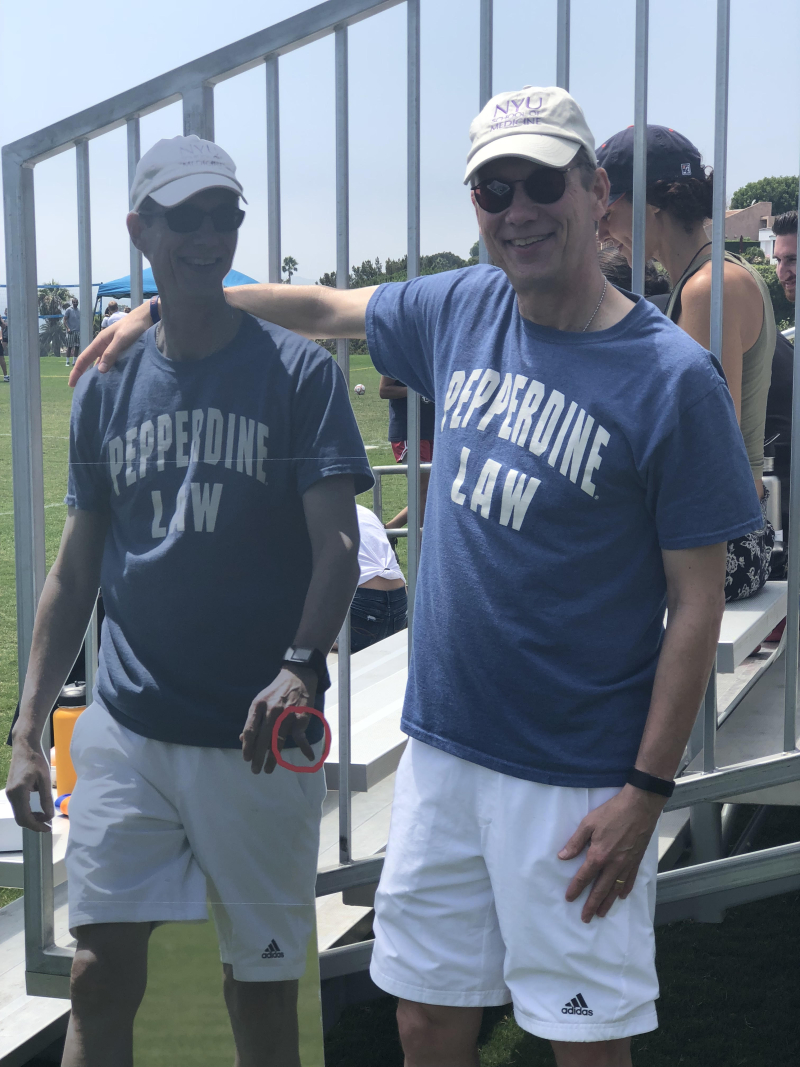 My dear friend and Dean of Students, Naomi Goodno, read the following statement from me while standing in front of my double:

How do stylistic drafting choices affect the administration and substance of the tax law? One might suppose that mere questions of style do not matter at all, as long as the provisions operate as intended. Shu-Yi Oei and Leigh Osofsky’s new work challenges this assumption, and sheds new light on the implications of these stylistic choices for the tax system. When it comes to drafting of tax statutes, it turns out, form may in fact matter.

The work begins by reviewing the process for the production of tax statutes, and the role of various cooks in the tax law kitchen, including House and Senate members, their legislative counsel, the House Committee on Ways and Means, the Senate Committee on Finance, the IRS and Treasury, the JCT, and outside interest groups and lobbyists. The work then provides a topography of the basic drafting choices these different actors face.

The work begins with a brief history of the reconciliation process since its inception in the Congressional Budget Act of 1974. In this account reconciliation—which allows the Senate to pass legislation conforming to budget instructions with a simple majority—was originally intended as a way to assist Congress in reducing deficits and balancing the budget. The process was soon expanded, however, as a way to sidestep the filibuster for a broader range of legislation and social policy. To curb this trend, the Byrd Rule was adopted in the 1980s, which limited the ability of Congress to use reconciliation for legislation that is extraneous to the budget or that increased deficits beyond the specified budget window.

Omri Marian’s new article challenges this conventional assumption by presenting a more nuanced understanding of the dynamic between corporate and shareholder-level tax effects. The work demonstrates how corporate tax planning may in fact disadvantage shareholders in many cases, and why certain shareholders may be unable to prevent it.

Ellen Aprill and Daniel Hemel’s timely and enlightening new essay described the effect of the Byrd Rule on tax legislation and policy since its adoption in 1985. Named for former Senator Robert Byrd (D-WV), the rule limits the scope of legislation that can be passed in the Senate by a simple majority through the budget reconciliation process.

The 1974 Congressional Budget Act allowed for the reconciliation process as a way for Congress to pass revenue-related legislation and avoid the threat of a “filibuster”—and specifically to avoid the supermajority requirement (now 60 votes) for cloture ending debate on a measure in the Senate. The Byrd Rule, in turn, limits the ability to pass additional measures through this process that are not revenue-related. In particular, the rule precludes provisions that are “extraneous” to the reconciliation instructions as specified in a budget resolution that must be passed first authorizing an increase in outlays or revenues up to a specified amount over a specified budget window.

How could a libertarian view—which generally believes in limited redistribution and limited government—ever support a basic income program (UBI), which redistributes tax revenues to the public through unconditional cash grants?

In their new work, Miranda Perry Fleischer and Daniel Hemel undertake a careful analysis of libertarian thought to identify the libertarian case for a UBI.  The work first identifies the particular strains of libertarianism that would sanction a UBI.  In particular, the authors argue that provision for a minimal level of material well-being is consistent with both minimal state libertarianism (for example, of Robert Nozick) as well as classical liberalism (for example, of Milton Friedman).  Furthermore, libertarians would generally favor cash over in-kind transfers, since the former preserve individual autonomy and choice.  The authors proceed to consider specific design choices for a UBI program from a libertarian perspective, and argue that a libertarian would prefer a grant that is not tied to work effort (due to a skepticism for state capacity to determine earning capacity) and would prefer an annual to a lump sum grant (since the latter will pay too much, or too little, depending on the recipient’s lifespan).