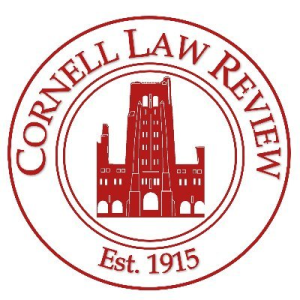 The Supreme Court held, in Bob Jones University v. United States, that violations of fundamental public policy—including race discrimination in education—disqualify an entity for tax exemption. The holding of the case was broad, and its results cohered with the ideals of progressive society: the government ought not to subsidize discrimination, in particular of marginalized groups. But almost four decades later, the decision has never realized its liberal, antidiscriminatory potential. The IRS has limited implementation to the narrowest facts of the case. The scholarly literature has not formulated a systematic account of how to enforce the Bob Jones regime, in light of the expansion of antidiscrimination protections and the Court’s reasoning that is deeply rooted in common-law charity. At the same time, tax-exempt entities engage in a smattering of discriminatory activities, often with impunity.

This Article argues for extending the enforcement of Bob Jones to antidiscrimination on the basis of all protected traits. It first shows, through an examination of IRS written determinations, the inadequate scope of implementation by the agency, which has limited denials of tax exemption to racially discriminatory schools. Second, it contends that the goals of antidiscrimination and common-law charity coincide: both aim to ameliorate inequality by facilitating the entry of marginalized populations into the labor market. This affinity further justifies the Court’s holding that tax exemption requires conformity to the requirements of charity and established public policy. Third, it offers implementation strategies to minimize backlash and sketches a path toward an administrative model of antidiscrimination enforcement. As the Biden Administration continues to implement Bostock in its efforts to strengthen the federal antidiscrimination regime, Bob Jones could serve as a potent mechanism of advancing civil-rights enforcement.