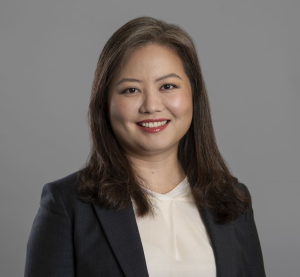 It is well known that our income tax system is based on a realization approach which avoids valuation problems but enables the rich to pay little in taxes. Brian Galle (Georgetown), David Gamage (Indiana), and Darien Shanske (UC Davis) address this inequality brilliantly in their article Solving the Valuation Challenge: The ULTRA Method for Taxing Extreme Wealth, 72 Duke L.J. __ (forthcoming 2023). To solve the valuation problem, they propose that governments take payments from the rich by receiving notional equity interests, called "ULTRAs." ULTRA stands for unliquidated tax reserve accounts and is similar to a government claim on a portion of the stock of a business.

However, because the interest the government receives is "notional," the government has no governance rights or minority shareholder protections. Most importantly though, the ULTRA system the authors have designed does not require valuation and does not incentivize taxpayers who see above market returns on investments to defer paying taxes.

Many scholars who are bothered by the unfairness of our tax system may remain uncertain about the possibility of taxing accumulated wealth because of the valuation problem. While modern technology can help us value many types of assets, especially publicly-traded securities, it is relatively useless when it comes to valuing complex private property like an ownership stake in a private business which has never been sold. This is where the ULTRA method proposed by the authors steps in to solve the seemingly impossible valuation problem.

While the ULTRA method seems like a typical IOU at first blush, it actually works far better than standard deferred payment mechanisms because it does not incentivize tax deferral. Instead, as the authors explain, it gives the government a percentage stake in a taxed asset. Thus, if an asset goes up in value, the tax on that asset goes up by a proportional amount. In other words, the government can use the ULTRA method to essentially charge a taxpayer an interest rate equivalent to that taxpayer’s internal rate of return on his/her asset. ULTRAs are also superior to in-kind payments because they entirely avoid the seeming potential for corruption that springs from government ownership of private enterprise.

The authors are persuasive when they argue that ULTRAs can be the way for our governments to reform our unfair tax systems. Currently, the realization requirement influences what we buy and sell. For instance, the wealthy will often go as far as to borrow against their assets because borrowed money is not considered taxable income. And the authors also point out that even when the wealthy pay taxes because a realization event has occurred, it’s usually at the lower capital gains tax rate.

Some solutions have previously been posed to the valuation problem. The authors go through many of them and point out their flaws. For instance, governments can tax assets that are easy to value. While this idea has many benefits, it still incentivizes taxpayers to only buy assets that are not valued easily and are, therefore, not taxable before realization. The Swiss Wealth Tax is another valuation tool that the authors consider. They see the practical ability to carry out such a tax because it is based on easily attainable pieces of financial information. The authors approve this method generally, but see its weaknesses as well. The main limitation of this formulaic valuation that the authors note is that a company’s book value can fall way below or above what that company is actually worth. The authors also discuss the pros and cons of retrospective taxation and interest costs. The biggest con with such a system is that as the future tax grows, the taxpayer will search for ways to make sure that it never becomes due. This is called the political optionality problem. While a yield-based retrospective tax may avoid this problem, it causes what its proponent, Stephen Land, calls the portfolio problem. In general, there is too much of an administrability issue with such a tax. Additionally, the authors explain that pure in-kind payments would be problematic economically and politically because governments as shareholders of private businesses becomes constitutionally sticky. Lastly, the authors discuss the separated accounts approach and its current problems. As it stands right now, the separated accounts approach incentivizes taxpayers to try to withdraw money without triggering tax via personal level borrowing. The ULTRA method, the authors argue, can handle this problem by treating personal level borrowing by taxpayers maintaining ULTRAs as a form of deemed distribution from the ULTRA.

In brief, Galle, Gamage, and Shanske argue that the ULTRA system is superior to all of the previously suggested solutions because it is a tweaked hybridized version of many of them. The authors provide various examples of how their ULTRA system could work and focus on how such a system would avoid the valuation problem, keep governments out of private businesses, and disincentivize tax deferral. Furthermore, the authors suggest that the ULTRA system need not become a universal valuation mechanism immediately or ever. It can mainly be used in cases where tax valuation is impossible. The authors also suggest that ULTRAs can be made to be voluntary or mandatory. If voluntary, the ULTRA option would be offered alongside a take-it-or-leave-it alternative valuation regime. The authors remind their readers that such a gamble is not unheard of in the tax arena. It comes up with Section 83(b) elections for payments of property that have a “substantial risk of forfeiture.” Taxpayers can choose to wait to pay until their options vest, or they can pay when their options are granted based on their options’ current value.

It is important to note that the authors developed the ULTRA system while drafting a proposal for a comprehensive annual wealth tax reform for the state of California. In California, the ULTRA solution will likely only be used to plug valuation holes for assets and circumstances where public trading valuations and formulaic valuations do not suffice. However, the authors see broader applications for ULTRA. They posit that the ULTRA system can solve the flaws with mark-to-market rules, replace the current gift-tax regime, aid with the administration of the property tax, reform the treatment of contributions and help in various other ways.