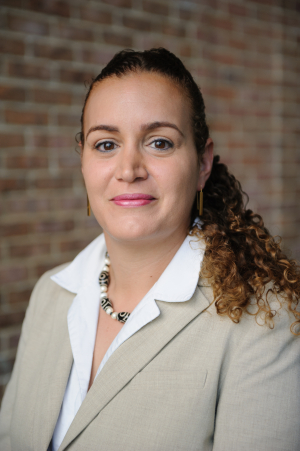 Throughout his career, which veered between academia and government service, Stanley S. Surrey never wavered in his dedication to advancing policy. In 1950, he spent three years at the University of California, Berkeley School of Law, before making the transfer to Harvard Law School, where he stayed for more than three decades. During his time in office, he served two significant terms in the Department of the Treasury: first, as a temporary adviser and tax legislative counsel from 1937 to 1947, and then as the head of the executive branch’s tax policy division as the first Assistant Secretary of the Treasury for Tax Policy from 1961 to 1969. While working at the Treasury, Surrey was a major player in shaping federal tax policy. There has never been an assistant secretary for tax policy with as much of a public and legislative profile as Surrey; his “Selected Speeches and Testimony” during his tenure in office fill more than 700 pages (and that’s just the ones he decided to include in this annotated collection).

Lawrence Zelenak and Ajay Mehrotra recently published A Half-Century with the Internal Revenue Code—a remarkable collection of Surrey’s memoirs from 1929 to 1980 based on files discovered at the Harvard Law School library. Zelenak and Mehrotra’s research gives a rare glimpse into Surrey’s thought process and the factors that have driven many of his decisions and acts. The upcoming issue of Law & Contemporary Problems will be dedicated to new scholarship on the legacy of Stanley Surrey based on these recently discovered memoirs. In my contribution to this fascinating collection, which can be found here, I examine the phenomenon of tax policy entrepreneurship and highlight Stanley Surrey’s unwavering commitment to policy promotion throughout his academic and government service, setting a high bar for future scholars and public servants. In a similar manner, Avi-Yonah and Fishbien explore Surrey’s memoirs in this essay and point to his lasting influence on domestic and worldwide approaches decades after his death in 1984. Specifically, they demonstrate how Surrey’s opinions affected the Tax Reform Act of 1986 (“TRA86”), the Tax Cuts and Jobs Act of 2017 (“TCJA”), and international tax treaties.

Surrey’s tax policy focused on base broadening and reducing the number of tax preferences in the Tax Code. He held that expansion of the tax base would facilitate lowering the tax rates and following the principle of tax equity—under which persons with equal incomes pay equal taxes. Working with economists E. Cary Brown and Richard Musgrave, Surrey wrote a seminal paper on tax policy for the Kennedy presidential campaign recommending strengthening the tax base through tax reform that will do away with preferences that shrink that base and make high statutory rates deceptive. The specific recommendations included ending non-compliance in reporting income from dividends and interest payments, reduction in percentage depletion for oil and other material resources, and a cut-back in various personal deductions such as state and local taxes, mortgage interest, and business expense accounts. Indeed, TRA86 reduced tax rates (from 50% to 28% for individuals and from 46% to 35% for corporations) while expanding the tax base by restricting corporate losses under Section 382 and abolishing the General Utilities concept, to mention a few. Avi-Yonah and Fishbien thus conclude that TRA86—which still prevails today—provides a prime illustration of Surrey’s tax concepts and, had he lived to witness its enactment, a source of pride.

As to Surrey’s influence on international tax treaties and particularly the 2016 U.S. Model Treaty, Avi-Yonah and Fishbien point out that the Single Tax Principle (“STP”)—by which foreign-earned income should be taxed only once—was developed by Surrey back in 1957. Indeed, as I have pointed out here, Surrey began a campaign in the Senate Foreign Relation Committee against approving a provision in the Pakistan treaty—that would have set a precedent for other forthcoming tax treaties—providing international firms “a tax spearing credit” from their U.S. tax liability, determined by the difference left from the foreign tax rate. Surrey through such a renouncement of U.S. tax revenues as a policy matter should be an issue to be determined by Congress rather than a tax treaty. His objection was successful, and the Pakistan episode earned him the reputation as the culprit in the eyes of developing countries, which prevented the U.S. from agreeing to tax spearing. Surrey further advocated implementing the STP concept into U.S. tax treaties when assuming the position of the first Assistant Secretary for Tax Policy through treaties such as Luxembourg in 1962 and Canada in 1964-1966. He pushed for the idea that double non-taxation is inappropriate, and there should not be a reduction in U.S. withholding rates for corporations that were not subject to tax on a residence basis due to “special measures” or via establishing themselves in tax havens like Bermuda, the Bahamas, and others. In 1981, the U.S. model tax treaty incorporated similar language, and every US tax treaty signed after 1984 contained a comparable “limitation of benefits” clause, which resembled the provisions devised by Surrey in the 1960s. Such provisions are no longer in the U.S. models of 1996 and 2006, but they are in the current U.S. model of 2016, which was produced under the OECD BEPS project based on Surrey’s STP and the limitation of benefits concepts.

Given that Surrey was a lifetime Democrat, it seems remotely he would have influenced a sweeping Republican tax reform, such as the TCJA. However, the authors establish that several provisions of the TCJA are based on Surrey’s STP idea. TCJA is the most significant modification to U.S. international tax rules since Surrey ushered Subpart F to the Tax Code in 1962 as Assistant Treasury. TCJA exempts from U.S. tax dividends from foreign subsidiaries that are not “Subpart F income” even if the dividends were paid from foreign-tax-exempt income in the subsidiary's home country. Similar “participation exemption” rules apply to our main trading partners in Europe and Asia. This appears, on its face, to contradict Surrey’s STP notion, as it permits dividends to be exempt from residence taxation even if they were not taxed at source. Yet, Avi-Yonah and Fishbien point out that TCJA in fact follows Surrey’s philosophy by enhancing Subpart F with the participation exemption and new section 951A that taxes “global intangible low-taxed income” (GILTI) produced by U.S. parent firms of CFCs at 10.5%. GILTI is a CFC’s after-tax profit that exceeds a 10% return on its tangible asset base (“hurdle rate”) after accounting for tax disparities between the CFC and its home country.

Avi-Yonah and Fishbien go on to provide historical context for the period prior to Surrey’s introduction of Subpart F, which resembles today’s reality. Back then, multinational corporations avoided U.S. tax on overseas income by reinvesting in their foreign subsidiaries and using shell companies in Switzerland. Deferral exacerbated the U.S. trade deficit and created a chronic trade disparity by which U.S. companies kept reinvesting overseas. As a result, more foreigners and foreign governments have acquired U.S. currency. To protect the dollar value, the U.S. bought back dollars from other nations in exchange for gold, creating U.S. volatility toward the gold standard. Public uproar over the U.S. trade deficit pushed Surrey, then the first Assistant Secretary for Tax Policy, to abolish deferral of tax on the foreign activity of U.S. companies. Surrey opposed deferral in accordance with his emphasis on equity—it was unfair to provide a U.S. parent tax break for global operations but not local investment. He also advocated eliminating tax deferral from efficiency perspectives and maintaining capital export neutrality. With Kennedy’s support, and despite industry and Congressional push for capital import neutrality, Surrey’s drive to eliminate deferral of taxation of foreign income was successful, but only with respect to foreign passive income.

Nevertheless, Surrey went on to provide an alternative proposal to complete elimination of foreign earning deferral and target “tax heaven” corporations in his letter to Secretary Dillon titled “Foreign Income - Stages of Retreat on the Plan to Tax U.S. Shareholders of Controlled Foreign Firms on Undistributed Earnings.” He proposed raising the minimum CFC ownership from 50% to 80% and confining the plan to “tax haven” corporations with low or no tax rates. Avi-Yonah and Fishbien claim that despite its initial lower rate, the current GILTI tax is in accordance with such a plan and Surrey’s stance to tax offshore profits. GILTI targets income that exceeds the hurdle rate at 10.5% (13.125% in 2026) and applies a residence-based tax on such earnings to the degree that they are not taxed at source. Foreign income subject to a foreign tax at less than 13.125% (what Surry termed “tax heaven firms”) may earn an 80% foreign tax credit under the GILTI scheme, along with section 965 tax on unrepatriated earnings. These schemes match Surry’s international tax policy, as he favored base broadening and may have preferred GILTI over perforated Subpart F, especially in light of anticipated GILTI’s tax rate increases. The new BEAT tax—which adds a 10% surcharge to the deductibility of various payments made by U.S. firms to their overseas affiliates—also upholds Surrey’s philosophy, as it assesses tax at the source when it wouldn’t be acceptable at the taxpayer’s domicile. Therefore, these TCJA revisions prevent U.S.-based firms from hiding their income in tax havens and make the law more Surrey-compatible.

Thereafter, Avi-Yonah and Fishbien describe the principles of the OECD/G20 Base Erosion and Profit Shifting (“BEPS”) project. Before TCJA, it was thought that the U.S. had abandoned BEPS and was even declared a tax haven by the EU. Avi-Yonah and Fishbien deny such a statement through Surrey’s STP and BEPS principles as they are incorporated in TCJA clauses. Although the US has not adopted BEPS, this is, in their opinion, a G20/OECD triumph. The TCJA integrates OECD/G20 Base Erosion and Profit Shifting (BEPS) concepts into U.S. law. Since Surrey pushed to incorporate STP notions in U.S. international tax policy, Avi-Yonah and Fishbien assert, he has influenced the TCJA that contains such concepts.

Avi-Yonah and Fishbien make similar assumptions regarding the current OECD 2.0 BEPS project, which consists of two domestic rules that interact (“GloBE” rules) and apply to multinational corporations with worldwide revenues of over 750 million euros. GloBE laws impose a top-off tax in each jurisdiction based on a standard definition of covered taxes and an income-based tax base (with agreed adjustments consistent with the tax policy objectives of Pillar Two and mechanisms to address timing differences). Surrey’s STP supports Pillar Two of the 2.0 BEPS project, as it states that if the resident (or source) jurisdiction’s tax is less than a threshold amount, the residual tax is assessed by the resident (or source) jurisdiction. Once again, Avi-Yonah and Fishbien settle—Surrey’s STP also proves and supports Pillar Two of the 2.0 BEPS project.

Lastly, on August 16, 2022, President Biden signed the Inflation Reduction Act. The law imposes a 15% corporate minimum tax (“CMT”) on large U.S. corporations and certain U.S. subsidiaries and branches of foreign-parented multinational groups. Since CMT applies to book income, corporations must calculate their corporate tax burden without exemptions, deductions, and other “loopholes.” Avi-Yonah and Fishbien trace these rules to Surrey’s most popular tax expenditure analysis, which was first implemented in the Congressional Budget Act of 1974. Surrey’s contempt for special privileges that benefitted certain taxpayer classes are still viewed today as anomalies of the U.S. tax system.

Tracing the long-term effects of Surrey’s ideas is a fascinating project. It is worthwhile, though, to mention that the STP and base-broadening concepts existed prior to Surrey’s time. Nevertheless, Surrey brought such concepts to the forefront of public discussion and laid the framework for future tax policy and law disputes. Over 40 years after his death, it is notable to observe recent tax developments linked to Stanley Surrey—The tax policy entrepreneur.

Here's the rest of this week's SSRN Tax Roundup: