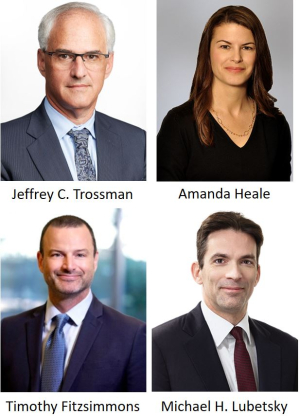 This issue of Perspectives is devoted to a discussion of the policy implications of the recent SCC decision in Attorney General of Canada v. Collins Family Trust (2022 SCC 26).

Collins involved two taxpayers who each implemented a plan in 2008 and 2009 that aimed to protect corporate assets from future creditors without creating any income tax liability. The plan was based on the CRA’s longstanding and widely accepted administrative policy on the attribution rule in subsection 75(2) of the ITA. This policy was undermined in 2011 when the TCC decided Sommerer (2011 TCC 212; aff’d 2012 FCA 207) on a basis contrary to the longstanding policy. The CRA then proposed to reassess the taxpayers in Collins on the basis of the new interpretation, even while simultaneously arguing at the FCA that the new interpretation was incorrect. The FCA confirmed the TCC decision, however, and the CRA reassessed the taxpayers’ 2008 and 2009 taxation years in accordance with the new interpretation of subsection 75(2).

The taxpayers petitioned the BC Supreme Court for orders rescinding the transactions involved in the plan, under the doctrine of equitable rescission. The orders were granted and subsequently upheld by the BC Court of Appeal. By an 8-1 majority, however, the SCC reversed the BC Court of Appeal and set aside the orders.

In so doing, the SCC significantly narrowed the scope of the rescission doctrine. Taking into account the SCC’s 2016 decisions on the equitable doctrine of rectification (Fairmont Hotels, 2016 SCC 56, and the accompanying civil-law case of Jean Coutu Group, 2016 SCC 55), the court has now largely foreclosed the use of these remedies for unforeseen tax obligations. This raises a serious policy question as to whether and how the law should relieve wholly innocent mistakes that arise in the course of tax planning or implementation.

This introductory article canvasses the options identified in Collins as alternatives to equitable remedies for mistakes in tax planning, and it discusses some potential reforms. Other articles in this issue review specific implications of Collins, including (1) the majority’s troubling obiter dicta concerning the minister of national revenue’s supposed lack of discretion in administering the ITA and in resolving tax disputes, (2) the situation in Quebec following Collins, and (3) the continued availability of alternative remedies to address certain corporate mistakes under BC law.