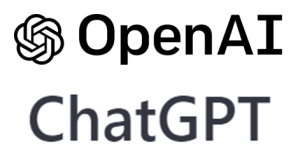 The artificial intelligence program ChatGPT came up short last month on the multiple choice portion of the bar exam.

The free chatbot from OpenAI performed better than predicted, however, earning passing scores on evidence and torts. The academics behind the experiment expect it will pass the attorney licensing test someday.

Law professors are among those both alarmed and delighted by ChatGPT since its November release. The program generates sophisticated, human-like responses based on requests from users and mountains of data, including from legal texts.

Daniel Linna, director of law and technology initiatives at Northwestern University Pritzker School of Law, said most law professors thinking about language-based AI are concerned with students passing off work generated by the chatbot as their own. But others see AI as a tool for legal education, and warn that without it law students may be unprepared for legal careers in which technology will play ever larger roles. ...

Andrew Perlman, dean of Suffolk University Law School, said he would like to see first-year legal research and writing classes cover the use of tools like ChatGPT, just as they teach students to conduct research on Westlaw and LexisNexis.

Chronicle of Higher Education, Will ChatGPT Change the Way You Teach?