In cases against Harvard and the University of North Carolina, the Supreme Court is widely expected to overturn or roll back affirmative action in college admissions. Many education experts say that such a decision could not only lead to changes in who is admitted, but also jeopardize long-established strategies that colleges have used to build diverse classes, including programs that are intended to reach specific racial and ethnic groups for scholarships, honors programs and recruitment.

Those rollbacks could then help spur colleges to end other admissions practices that critics say have historically benefited the well-heeled. Some schools have already ended their standardized test requirements and preferences for children of alumni. There is also pressure to end early decision, which admits applicants before the general deadline.

The cases against Harvard and the University of North Carolina, first filed in 2014 by Students for Fair Admissions, an anti-affirmative action group, argued that the universities discriminated against white and Asian applicants by giving preferences to Black, Hispanic and Native American students. The universities said they use race-conscious admissions because diversity is critical for learning, a claim that drew skepticism from the court’s conservative supermajority during the October hearing.

Recent polls suggest that most people believe colleges should not consider race or ethnicity in admissions decisions. 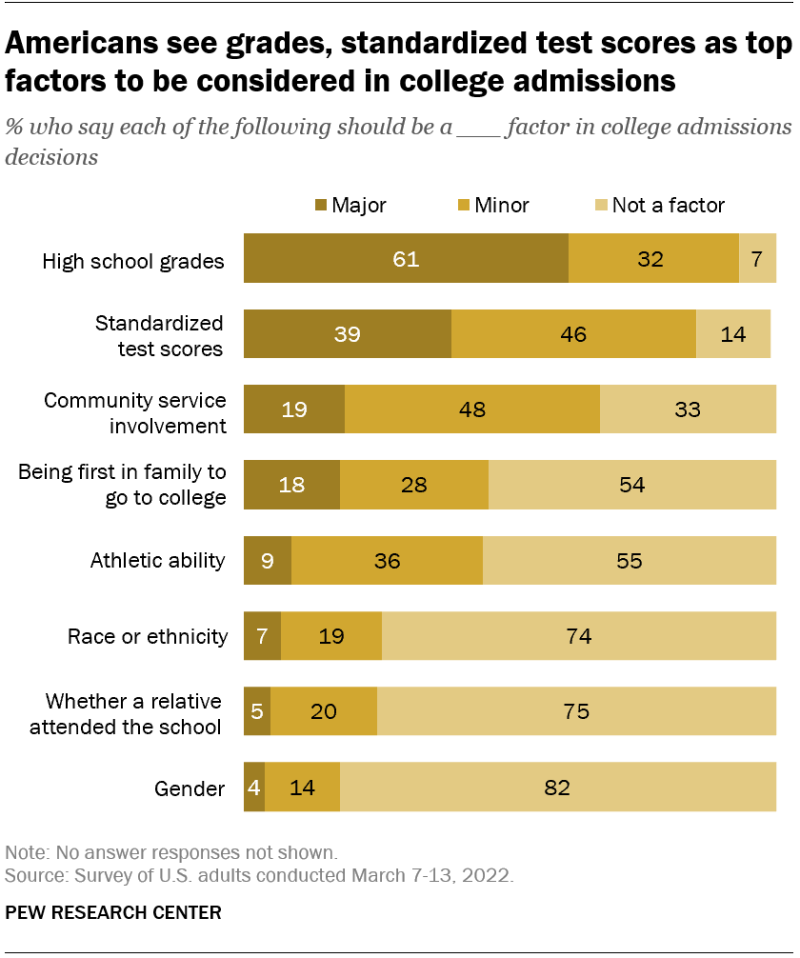