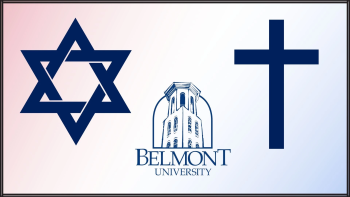 Belmont University, a private Christian institution in Nashville, Tenn., plans to break a long-standing tradition of only hiring Christian instructors by opening some faculty positions to Jewish candidates.

University leaders recently announced they’re specifically recruiting Jewish faculty members to teach in three of its graduate programs, hopefully as early as this spring. The Board of Trustees and Faculty Senate also plan to consider a similar decision at the undergraduate level later this year.

The announcement, made at a Faculty Senate meeting in November, was met with a range of reactions. Campus administrators and some members of the local Jewish community celebrated the shift as a step toward greater interreligious inclusion, aligned with recent Jewish-Christian interfaith efforts at Belmont. Some scholars, in and outside the institution, believe the change moves the university too far from its Christian roots, while others say the policy isn’t inclusive enough, embracing one faith community to the exclusion of others. ...

Greg Jones, president of Belmont, said his discussions about religion with Jewish friends have enhanced his own faith, and he believes the addition of Jewish faculty will do the same for the university.

Jones said Belmont may open faculty positions to applicants from other religious traditions in the future, but “we’re not making any judgments about that now.” ...

J. Cody Nielsen, director of the Center for Spirituality and Social Justice at Dickinson College, said Belmont is entering a “really critical moment” where it’s modeling “that you can be an institution that was founded by Christians and still seeks to uphold Christian principles” and also embrace a “pluralistic theology.” At the same time, hiring Jewish faculty is a politically “safe step” for moderate or conservative-leaning Christians, not a comprehensive shift toward interreligious inclusion.

He noted that Islam is expected to outpace Christianity as the world’s largest religion in the future, and non-Abrahamic religions are too often left out of interfaith initiatives. “I would not agree that it’s the right step in the right direction,” he said. “I think if you’re going to do it, you better do all of it. When you take one step onto the next platform … there is a possibility of staticity or complacency.” ...

The 2021 Faculty Handbook says the university “may discriminate on religious grounds in its employment practices in order to fulfill its mission,” and “the university can best fulfill its vision and mission statements when the faculty is composed of persons who confess that Jesus Christ is Lord.”

For the past 18 months, Belmont President Greg Jones has had one main talking point above all others – he wants to make Belmont the leading Christ-centered university in the world. ...

But what does all this really mean, especially now that Belmont will now consider Jewish faculty when it hires? ...

“Christ-centered” isn’t an official classification for universities, but Belmont isn’t the only one to adapt this language. Baylor University, Notre Dame University and Boston College are all considered Christ-centered, or faith-based, institutions.

Like Belmont, Baylor University accepts professors who are both Christian and Jewish. Jones previously served as the provost of Baylor until 2017.

And while Belmont’s leadership have different definitions of what being the leading Christ-centered university looks like, they’re all grounded on one thing – Belmont is evolving.

For some professors, although they say the change is a step in the right direction, they feel it conflicts with Belmont’s inclusive, Christ-centered mission.

Pepperdine Caruso Law requires that our full-time faculty be active members of a community of faith. Most of our faculty are Christian; we also have five Jewish faculty and Muslim and Sikh faculty.