Americans Moved To Low-Tax States In 2022

Americans were on the move in 2022 and chose low-tax states over high-tax ones. That’s the finding of recent U.S. Census Bureau population data and commercial datasets released this week by U-Haul and United Van Lines. ... 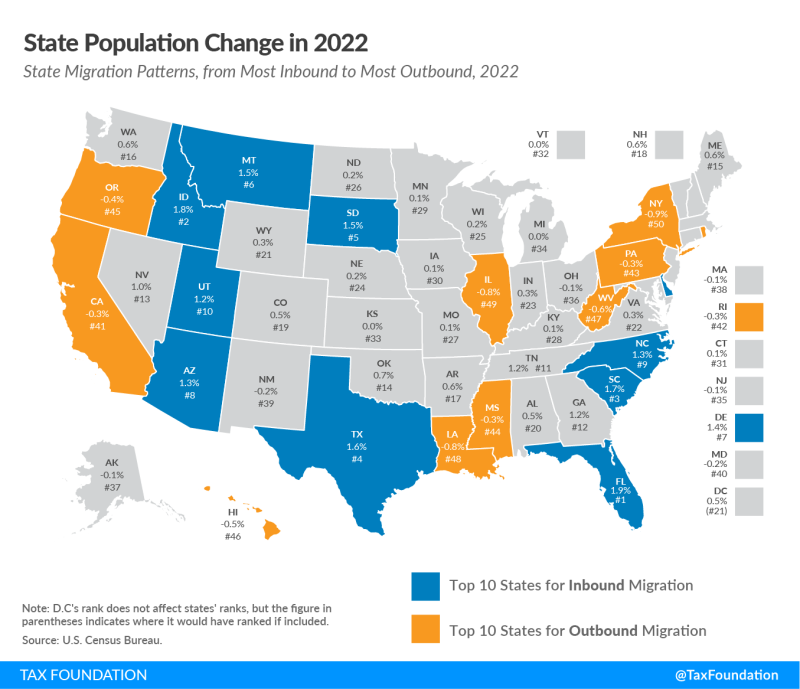 The Census data shows population gains and losses, but not cross-border migration. (The Census provides migration data but on a longer time delay.) Moving data from U-Haul and United Van Lines, while less robust—and undoubtedly influenced by their geographic coverage—speaks more directly to cross-border migration and is confirmatory. Both companies see states like California, Illinois, Massachusetts, and New York as the biggest losers, while states like Texas, Florida, and Tennessee are among the largest net gainers.