Is Expressing Support For Dobbs A Firing Offense In BigLaw? 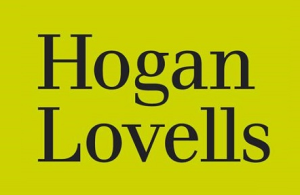 After the Supreme Court issued its Dobbs decision overturning Roe v. Wade in June, global law firm Hogan Lovells organized an online conference call for female employees. As a retired equity partner still actively serving clients, I was invited to participate in what was billed as a “safe space” for women at the firm to discuss the decision. It might have been a safe space for some, but it wasn’t safe for me.

Everyone else who spoke on the call was unanimous in her anger and outrage about Dobbs. I spoke up to offer a different view. I noted that many jurists and commentators believed Roe had been wrongly decided. I said that the court was right to remand the issue to the states. I added that I thought abortion-rights advocates had brought much of the pushback against Roe on themselves by pushing for extreme policies. I referred to numerous reports of disproportionately high rates of abortion in the black community, which some have called a form of genocide. I said I thought this was tragic.

The outrage was immediate. The next speaker called me a racist and demanded that I leave the meeting. Other participants said they “lost their ability to breathe” on hearing my comments. After more of the same, I hung up. ,,,

Three weeks later I received a letter stating that the firm had concluded that my reference to comments labeling black abortion rates genocide was a violation of the antiharassment policy. Never mind that this view has been expressed by numerous mainstream commentators, black and white, including in these pages. My complaint was dismissed, my contracts with the firm were terminated, and other firms, wary of the publicity, blackballed me—all after an unblemished 44-year career.

The response of the rabidly anti-Dobbs participants on the call wasn’t surprising. What was shocking, at least to me, was how eagerly Hogan Lovells kowtowed to a woke faction inside its workforce.

Is expressing support for the SCOTUS decision in Dobbs now a firing offense? ...

I don’t know if I’m entirely there yet, but I think I’m coming around to the following view: Biglaw isn’t a big tent, and it’s naive, maybe even downright silly, to believe otherwise. It’s fine to be economically or fiscally conservative—Biglaw defends Big Business, after all—but there is increasingly no place for social conservatives in many large law firms, as well as elite circles more generally. ...

[T]he next time a Biglaw firm sends partners packing because of their views on social issues like guns or abortion, perhaps we should dispense with the handwringing. Instead, maybe we should shrug our shoulders and say, channeling Chinatown, “Forget it, Jake. It’s Biglaw.”