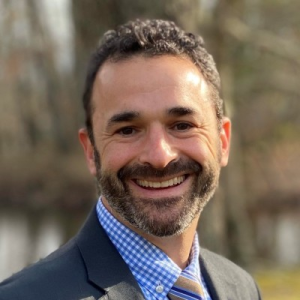 Danny Werfel is a public and private sector leader who has served under both Democratic and Republican administrations. Across more than 15 years of government service, Werfel served President Barack Obama and President George W. Bush to lead some of the governments’ most complex management challenges as the Internal Revenue Service (IRS) Acting Commissioner and Office of Management and Budget (OMB) Controller. In the wake of an Inspector General report alleging various forms of mismanagement and bias in the determination of tax-exempt status for non-profit organizations, President Obama appointed Werfel to serve as Acting Commissioner of IRS in 2013. Werfel provided immediate stability to the IRS, effectively responding to numerous Congressional investigations, successfully launching the Affordable Care Act technology that IRS was responsible for, and navigated the IRS through a multi-week government shutdown.

At the end of his tenure, both the majority and minority leaders of the Senate Finance Committee publicly recognized his contribution and performance. As OMB Controller, Werfel successfully led a cross-government effort to ensure the $787 billion American Recovery and Reinvestment Act was implemented transparently and with minimal fraud or error. He also led the government-wide efforts to prepare for and implement the budget sequester of FY2013. Werfel played a key role under the Bush Administration in the implementation of the Emergency Economic Stabilization Act of 2008, overseeing the efforts of the Office of Financial Stability to achieve a clean financial statement audit in its first year of existence.

Werfel has spent the last nine years at Boston Consulting Group where he helped launch their U.S. public sector practice. He holds a Bachelor of Science in Industrial and Labor Relations (with honors) from Cornell University, a Juris Doctor (with honors) from the University of North Carolina, Chapel Hill, and a Master of Public Policy from Duke University. Werfel lives in the District of Columbia with his wife and two children.