Why Law Schools Outside The T14 (Like UCLA, Wash U, George Mason, Boston University, Pepperdine) May Refuse To Join The U.S. News Rankings Boycott 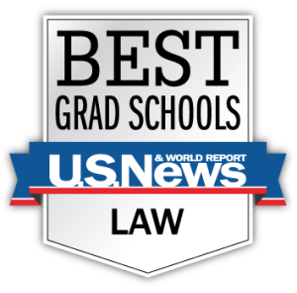 In the world beyond YLS and HLS, some have criticized the schools’ withdrawal as threatening the rankings system, which these critics argue has utility for schools beyond the super-elite. The top-14, top-6, and top-3 schools barely change, so one could argue that the U.S. News rankings offered little informational value as to those schools. The entire so-called “T14” could secede, and not much would change; the old advice of “if you get into a T14 school, go” would still apply.

But beyond the T14, some schools have made dramatic jumps over the years, as reflected in their U.S. News rank—e.g., George Mason/Scalia Law or Pepperdine Law, former fourth-tier schools that are now #30 and #52, respectively. If YLS and HLS end up killing the law-school rankings, with U.S. News either leaving the space or making the ranks much more imprecise, how can these other schools demonstrate their progress? And how can law-school applicants make informed decisions when choosing between non-T14 schools?

Some law schools — especially those just below the Top 14 — said that despite their qualms about the rankings and the tests, it could be hard to abandon them.

Russell Korobkin, interim dean of the law school at University of California, Los Angeles, said that if LSAT requirements were dropped — in both admissions and as a measure in U.S. News rankings — he feared that even more weight would be put on undergraduate GPAs.

“The LSAT has its problems, but it at least provides schools with a way to compare students who come from different undergraduate schools who pursue very different courses of study that are subject to different degrees of grade inflation,” Mr. Korobkin said in an email. ...

[M]any law school deans and professors — inside the T14 and just outside of it — said that though the rankings are flawed, they matter. They provide a valuable source of information to students and employers — as well as valuable marketing.

They also noted that the T14 is hardly only a creature of U.S. News. The prestige is based on longstanding public perception.

At No. 15, U.C.L.A. is tantalizingly close to the T14. Its dean, Mr. Korobkin, said he was concerned that if U.C.L.A. joined in a boycott, U.S. News would marshal data in a way that hurt the school.

“Before I delved into this, I was definitely thinking we would be on this bandwagon to try to end the strangulation on the law schools that the U.S. News & World Report rankings have,” he said. Now, he said, he is not so sure.

The question, he said, is whether refusing to provide data is likely to create changes “that are more consistent with our values.”

U.C.L.A. competes with its immediate rivals — like the University of Texas at Austin and Georgetown — to break into the Top 14, he said.

Angela Onwuachi-Willig, the dean of Boston University (No. 17), said that despite some qualms about the rankings, her administration was not currently planning to withdraw. She said lower-ranked schools, applicants and employers get some benefit out of the “free marketing” of the rankings.

“Yes, a school like Boston University, which doesn’t have the legacy and the history of a Harvard University, is going to get more of that benefit,” she said.

Ken Randall, the dean at George Mason University’s law school (tied for No. 30), said he agreed that the rankings were flawed and had some negative consequences. Nonetheless, “it gives students guidance,” he said. “Most students don’t go to the top 10, and there are about 200 law schools.”

George Mason’s Antonin Scalia Law School has gone up 11 spots in the last year, he said. This was done by improving metrics that matter to U.S. News, such as admitting students with higher LSAT scores, graduating them with less debt and improving the pass rate on the bar exam, he said.

Russell Osgood, dean of Washington University Law School (No. 16), said he had been through several efforts to get rid of the rankings, as dean of Cornell’s law school and president of Grinnell College.

But lack of information is one reason, he said, that students blindly follow the prestige markers. School websites can be misleading, he said. “If you go read the school websites, I’ll just be honest, some of them are phantasmagorical, a lot are incomplete.”

Even the dean of Berkeley, Erwin Chemerinsky, admits there is some risk in his school’s decision to withdraw.

“We compete very much with the schools that are around us in the rankings,” he said. “There’s a risk in what I did, if as a result of this, U.S. News does a ranking and we fall far in the rankings.”