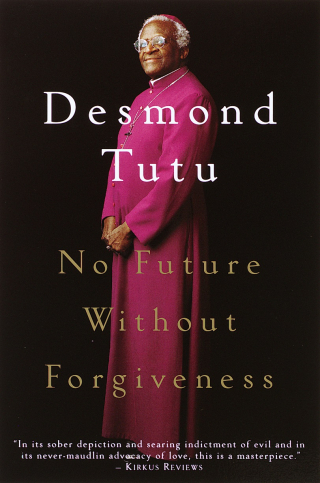 Earlier this week, Emily Oster caused quite a stir with an Atlantic essay titled “Let’s Declare a Pandemic Amnesty.” As Oster noted, the uncertainty and frenzy in the early days of the COVID-19 pandemic meant that people took different sides on almost every conceivable policy response. ... Oster noted that those who ended up being right “may want to gloat” while those who got it wrong “may feel defensive and retrench into a position that doesn’t accord with the facts.” She suggested instead that we forgive each other and work on solving the social problems highlighted and created by COVID and the responses to it.

Reactions were swift and . . . unforgiving. Predictably, they came from both sides. ...

[F]orgiveness is only one side of reconciliation, which also requires repentance. I noticed an absence of repentance in Oster’s piece and wondered whether a differently framed essay might have better modeled the possibility of reconciliation. ... I was also struck by the lack of grace in the responses to her piece. For starters, Oster is clearly right that we’ve all made pandemic mistakes.

I remain uncertain how reconciliation should unfold in the wake of this pandemic. It may be that public commentators and public officials should convey forgiveness and repentance to one another and, when appropriate, express repentance to their constituencies. Ideally, political consequences would follow from the more egregious and harmful policy decisions, including those from conservative politicians who ignored compelling evidence about COVID mitigation and liberal politicians who ignored compelling evidence about the relatively low risks of in-person schooling.

But perhaps it is more plausible—and more actionable—to think about forgiveness and repentance in our individual and interpersonal relationships. Like you, I have friends and family whose pandemic choices have complicated and in some cases wounded our relationships. In many of these cases, forgiveness is far preferable to holding grudges or keeping score. ...

The title alone warrants the recommendation, but Tutu’s words and actions show why forgiveness has political as well as personal dimensions. Tutu notes the ways in which publicizing acts of personal forgiveness practically aided efforts to shape a national narrative. Drawing from the Christian theology that guided his approach, Tutu contends there is “a moral universe which means that, despite all the evidence that seems to the contrary, there is no way that evil and injustice and oppression and lies can have the last word.” As he noted elsewhere, these are “not just airy-fairy religious and spiritual things, nebulous and unrealistic” but “they are the stuff of practical politics.”