David French: An Open Letter To Those Who Think I’ve Lost My Christian Faith Because I Support The Respect For Marriage Act

Following up on last Sunday's post, Christian Colleges And Universities Support Senate-Passed Bipartisan Respect For Marriage Act With Protections For Both LGBTQ Rights And Religious Freedom:  David French (The Dispatch), An Open Letter to Those Who Think I’ve Lost My Christian Faith: 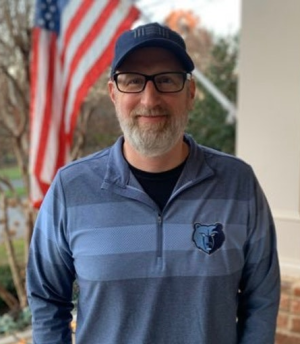 It’s been an interesting few days. Ever since I wrote (first in The Atlantic and then on Sunday here in The Dispatch) in support of the Senate version of the Respect for Marriage Act, I’ve been subject to an absolute torrent of online criticism, mainly from fellow Christians. The culmination of the critiques came from Al Mohler, president of the Southern Baptist Theological Seminary, who took to the pages of World Magazine to pen a piece called “The Parable of David French.”

That’s dramatic! But it’s not as extreme as other critiques, including those who questioned whether I am truly a Christian, who told me I should face church discipline, and who compared my support for the Respect for Marriage Act to support for slavery. I kid you not.

Whew. That’s a lot. It’s always a struggle to know when to keep addressing an argument and when to just move on, but given the continued attacks—now running into their sixth day—I think it’s important to go one more round. And this time I’m going to take a bit of a different approach. I’m going to address directly, from the ground up, why the debate is so confused and why the distinctions between Christian marriage (what I’ll call “covenant marriage”) and civil marriage matter so very much.

I’m particularly interested in the various allegations of apostasy, especially given my agreement with the orthodox creeds and confessions of the church, including doctrines relating to sex, sexuality, and sexual morality. In fact, in 2019, I signed the controversial Nashville Statement, in large part because I thought it was important for Christians to offer a clear statement of orthodox Christian theology on matters of sexual controversy.

The intent of the Nashville Statement, as I understood it, was not to write a model law for a secular state, but rather to clear up confusion in Christian churches about the basics of Christian doctrine. Despite its explicitly religious purpose, it is still very helpful to the debate because it clarifies where I think discussions over marriage often go so very wrong.

Here’s the definition of marriage taken directly from the statement itself: Marriage is the “covenantal, sexual, procreative, lifelong union of one man and one woman, as husband and wife, and is meant to signify the covenant love between Christ and his bride the church.” Other faiths might have other definitions of marriage, but this is among the best Christian definitions I’ve read.

What is one of the first things you should note? That is *not* the definition of civil marriage even under American law prior to Obergefell. Marriage prior to Obergefell was governed by a series of laws in the 50 states that generally permitted divorce on no-fault or substantially no-fault grounds. ...

When you understand these distinctions, you can start to understand how the two sides are often mystified by each other. Millions of people of faith who hold to the traditional teachings of their faiths know that same-sex marriage simply doesn’t fit within their theological traditions and teachings. If covenant marriage is symbolic of the union between Christ and his bride, then its opposite-sex nature is intrinsic. This is what most Christians I know believe they’re defending when they say they’re defending marriage.

But LGBT Americans look at this and are stumped. Covenant marriage is not what marriage is under the law. America’s Christian majority already gave up that definition decades ago. Its legal meaning has shifted and changed in response to popular demand. Church pews are packed with people who might say they uphold covenant marriage, but they live as if civil marriage is the moral norm. ...

So when radical activists took aim at the institutions that help foster and perpetuate what many Christians would call an actual sacramental element of their faith, they committed a grave error. These attacks threatened to violate the American social compact, which includes as the first freedom in the Bill of Rights the right of free exercise of religion.

Thankfully, my worst concerns are being addressed. Obergefell did not herald the end of religious liberty. The First Amendment is stronger than ever. The Respect for Marriage Act does not attack religious freedom. While it mostly maintains the status quo, to the extent it changes the law it reinforces the autonomy of religious institutions and protects them from punitive federal action. ...

There’s been a lot of cultural water under the bridge since 2015, when the Supreme Court decided Obergefell. Religious liberty is stronger. Millions of Americans are living stable, joyful lives in LGBT families, and key Christian institutions are facing a moral reckoning as a result of their own profound corruption. As the Apostle Paul warned in 1 Corinthians 5, their ability to judge those outside the church has been undermined by their inability to deal with the evil within. These are my last words on the subject, but this is where I stand. I want the church to be obedient, the state to be restrained, and for diverse American communities to live together with a degree of mutual respect across profound differences. If anyone feels this disqualifies me from Christianity, please feel free to forward this piece to the elders of my church.