Carl H. Esbeck (Missouri), Everything You Need to Know About the Respect for Marriage Act: 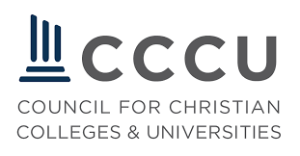 This week, the Senate advanced the Respect for Marriage Act (RMA). The law tries to balance the unquestionable goodness of traditional marriage with America’s changing views on same-sex relationships. Some conservatives will undoubtedly treat the act as a loss. But others will take the view that, in a morally pluralistic society, a few concessions yield a win for the common good. I’m one of them.

The history of RMA goes back to late June, when the Supreme Court’s Dobbs decision overruled its predecessor Roe v. Wade. Buried in a concurring opinion by justice Clarence Thomas was his suggestion that the court make a clean sweep of things by reconsidering the 2015 Obergefell decision finding a constitutional right to gay marriage. That comment unsettled the tens of thousands of Americans who had entered same-sex unions, which in conservative states are dependent on Obergefell remaining good law.

In response, the US House passed the Respect for Marriage Act, or H.R. 8404. But it failed to safeguard religious liberty for churches, universities, and other institutions that believe in traditional marriage.

Rather than just say no to RMA, a small collective of faith groups moved quickly in the Senate to see if the act could be brought into balance. A few senators from both parties who were keen on doing just that helped. After adding in a measure of religious liberty protections, the Senate substitute of the House bill passed the higher chamber earlier this week, 62–37.

In order of significance, here’s what you need to know about the Respect for Marriage Act:

Section 6(b) of RMA recognizes that religious nonprofits and their personnel have a statutory right to decline any involvement with a marriage solemnization or celebration—including a same-sex one. This federal right would preempt any state or local law to the contrary. It means clergy can refuse to officiate a gay wedding. A church can decline to be the venue for these unions. A Christian college can deny use of its chapel for the same reason, and a Christian summer camp can refuse use of its lake and nearby pavilion, as well. ...

All in all, RMA is a modest but good day’s work. It shows that religious liberty champions and LGBT advocates can work together for the common good. It says to the original House bill, “If a bill is about us, it has to be with us.” And it shows that Congress can still legislate, not just be a gaggle of egos who go to Washington to perform but never fix.

Several religious and legal groups supported the religious liberty amendment, including the Council for Christian Colleges and Universities (CCCU) and the National Association of Evangelicals (NAE).

Other Christian and conservative groups, such as Alliance Defending Freedom (ADF), First Liberty and The Heritage Foundation, said the protections are not enough.

Pepperdine, along with over 140 other Christian colleges and universities (including Baylor, Faulkner, Regent, Samford, and Wheaton), are members of CCCU. From the letter by CCCU President Shirley Hoogstra:

The CCCU represents over 140 Christ-centered institutions of higher education in the United States encompassing over 500,000 students. The CCCU’s mission is to advance the cause of Christ-centered higher education and help our institutions transform lives by faithfully relating scholarship and service to biblical truth. CCCU institutions adhere to Biblical values and traditions, including teaching the Biblical understanding of marriage as between one man and one woman as an essential foundation for a thriving society.

Since the Obergefell v. Hodges decision, the CCCU and other religious and First Amendment groups have sought to both uphold their sincere convictions regarding marriage and, in the spirit of Obergefell, advocate for a balanced legislative approach that preserves religious freedom and addresses LGBTQ civil rights. This carefully crafted amendment includes both strong religious liberty language recognized in the Obergefell decision and nonretaliation language that ensures this legislation cannot be used by state and federal agencies to punish religious organizations for their sincerely held beliefs.

This amendment provides explicit Congressional support for the truth that traditional marriage supporters and their beliefs are decent and honorable as was stated by the Supreme Court in Obergefell. It also sends a strong bipartisan message to Congress, the Administration, and the public that LGBTQ rights can co-exist with religious freedom protections, and that the rights of both groups can be advanced in a way that is prudent and practical.

David French (The Dispatch), Why I Changed My Mind About Law and Marriage, Again:

[A]s I wrote on Friday in The Atlantic, when someone asked, “What does my marriage have to do with your life?” there was now a response: “Changing the law could strip me of my religious freedom. It could destroy the school where I educate my kids, and it could damage the institutions that represent and advance my core values and deepest beliefs.”

So I wanted to square the circle. I wanted gay couples to enjoy marriage-equivalent legal protections but without changing the legal definition of marriage. I wanted gay couples to enjoy the legally protected right to build a life together without creating a legal superstructure that ripped apart religious freedoms that are indispensable to the health of the republic and to the flourishing of countless millions of American lives.

Then came Obergefell v. Hodges. In that decision it was clear that Justice Anthony Kennedy was trying to square the same circle as well. My eyebrows raised at this key passage:

Finally, it must be emphasized that religions, and those who adhere to religious doctrines, may continue to advocate with utmost, sincere conviction that, by divine precepts, same-sex marriage should not be condoned. The First Amendment ensures that religious organizations and persons are given proper protection as they seek to teach the principles that are so fulfilling and so central to their lives and faiths, and to their own deep aspirations to continue the family structure they have long revered. The same is true of those who oppose same-sex marriage for other reasons. In turn, those who believe allowing same-sex marriage is proper or indeed essential, whether as a matter of religious conviction or secular belief, may engage those who disagree with their view in an open and searching debate.

Good words, I thought. We’ll see if they survive the test of time.

In the years since Obergefell, three things have become quite clear.

First, it’s plain that there are progressive Americans who most assuredly do not believe there are good faith objections to same-sex marriage, even on religious grounds. They view any objection to same-sex marriage as inherently and purely bigoted, and want the law and culture to punish orthodox Christians for upholding the teachings of their churches. ...

[T]his brings us to a second reality that’s emerged since Obergefell. Even as attacks on religious liberty escalated, the legal response was stronger still.  [S]ince Obergefell, both LGBT Americans and people who uphold orthodox Christian teachings on marriage enjoy expanded individual and institutional liberty. That doesn’t mean there aren’t issues left to resolve—and it certainly doesn’t mean that parts of the left aren’t keen to reverse religious liberty’s legal advance—but the bottom line is that the legal environment post-Obergefell is far better than I dared to hope in June 2015 when the case was decided.

Then there’s the third key factor. Millions of Americans have formed families and live their lives in deep reliance on Obergefell being good law. It would be profoundly disruptive and unjust to rip out the legal superstructure around which they’ve ordered their lives. One senses the Supreme Court feels the same way. In fact, in his majority opinion in Dobbs v. Jackson Whole Women’s Health, Justice Alito went out of his way to state that the court’s decision reversing Roe did not undermine Obergefell (and a number of similar 14th Amendment precedents) “in any way.”

So here I am in 2022 trying to square the same circle that I was trying to square in 2004 and in 2015. I want Americans of different faiths and no faith at all to be able to live together, work together, form families, and live with peace, security, and dignity. I don’t want my gay friends and neighbors to live in fear that the law might tear their families apart.

I also don’t want the law to treat me as a threat. I don’t want the law to discriminate against those Americans who sincerely hold different views of sexual morality, sexuality, and marriage and organize their lives and their institutions accordingly. I want aggressive secular culture warriors to stand down, and if they choose not to, then I want the law to block their efforts to roll back the First Amendment.

That’s why I wrote Friday in The Atlantic in support of the Senate’s version of the Respect for Marriage Act. Not because I’m backing down one inch from Christian orthodoxy, but rather because it represents the best compromise I’ve seen yet that protects the rights and dignity of all Americans. ...

The Senate bill passed cloture last week, with the support of 50 Democrats and 12 Republicans. A final vote is expected soon. I don’t expect the vote to end America’s cultural and legal conflict over religious freedom, gay rights, and religious orthodoxy.

In fact, the struggle over American pluralism never truly ends, and people of good will can draw different lines in different places. But after almost 20 years of thought, debate, elections, and litigation, we just might be inching closer to protecting all sides of our cultural divide—even when they disagree about the most profound matters of family and faith.