Bono: 'Too Christian For The Mainstream, Too Mainstream For Christians?' 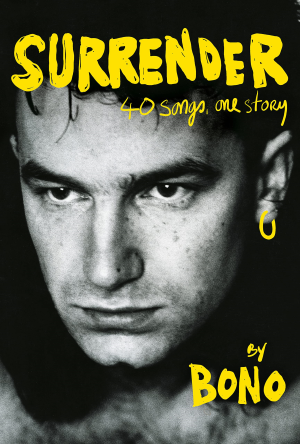 Grief and God have been part of U2’s story from the start.

We got this invitation once,” Bono tells me. He speaks the next sentence with a tone of reverence: “The Reverend Billy Graham would love to meet the band and offer a blessing.”

We’re on a video call, and the frontman for U2 is sitting on the floor in front of a green couch, his computer on the coffee table in front of him. It’s golden hour in Dublin, and the just-setting sun makes the room glow. It’s almost theatrical. There’s a twinkle in his eye, too. He knows he has a good story.

“He’s the founder of Christianity Today,” he reminds me, grinning. “I didn’t know that then, but I still wanted the blessing. And I was trying to convince the band into coming with me, but for various reasons they couldn’t. It was difficult with the schedule, but I just found a way.”

This was in March 2002, just a few weeks after U2 played their legendary Super Bowl halftime show and days after their single “Walk On” won the Grammy for Record of the Year.

“His son Franklin picked me up at the airport,” Bono says, “and Franklin was doing very effective work with Samaritan’s Purse. But he wasn’t sure about his cargo.” He laughs. “On the way to meet his father, he kept asking me questions.”

Bono reenacts the conversation for me:

“You … you really love the Lord?”
“Yep.”
“Okay, you do. Are you saved?”
“Yep, and saving.”
He doesn’t laugh. No laugh.
“Have you given your life? Do you know Jesus Christ as your personal Savior?”
“Oh, I know Jesus Christ, and I try not to use him just as my personal Savior. But, you know, yes.”
“Why aren’t your songs, um, Christian songs?”
“They are!”
“Oh, well, some of them are.”
“What do you mean?”
“Well, why don’t they … Why don’t we know they’re Christian songs?”
I said, “They’re all coming from a place, Franklin. Look around you. Look at the creation, look at the trees, look at the sky, look at these kinds of verdant hills. They don’t have a sign up that says, ‘Praise the Lord’ or ‘I belong to Jesus.’ They just give glory to Jesus.”

For four decades, Bono has found himself in conversations like this one, responding to Christians who aren’t quite sure what to make of him or U2. ...

Your origin story,” I say to Bono, “there’s a sense that you’re haunted by ghosts.”

“Nineteen seventy-four took my mother away from me, but it gave me so much in return,” Bono tells me.

“My mother collapsed as her own father was being lowered into the ground, and I never spoke with her again,” he adds. “I saw her a few days later in her hospital bed as she took her last breaths. It was … I mean, people have gone through a lot worse,” he says, describing a few of the horrors he’s witnessed in his work with some of the poorest and most vulnerable people on earth.

“But yeah,” Bono continues, “death is ice-cold water on a boy entering puberty. T. S. Eliot is right, the end is where we start. You begin your meditation on life often in that kind of moment. I mean, we’re all really in denial most of our life.”

Surrender is an extended confrontation with the denial of death, beginning with a heart scare in 2016 that almost killed him. But his mother’s death looms largest in the story—her absence from their home and her presence in his heart and imagination for five decades since.

Before he was Bono, he was Paul Hewson, son of Bob and Iris Hewson. Bob was Catholic, an opera fanatic, and a man whose angular face hinted at the sharp edges of his demeanor. Iris was Protestant, mischievous, warm, and prone to uncontrollable laughter at inappropriate moments. ...

Bono was 14 when she died. Her absence filled the Hewson home, intensifying the distance that he’d already felt between him and his father.

“There are only a few routes to making a grandstanding stadium singer out of a small child. You can tell them they’re amazing … or you can just plain ignore them. That might be more effective,” he writes in Surrender.

“The wounds that loss opened up in my life became this kind of void that I filled with music and friendship,” Bono tells me. “And really, an ‘ever increasing faith,’” he adds with a big grin, “as the Welsh evangelist Smith Wigglesworth would tell you.”

The friend that renamed him “Bono” introduced him to the kind of Christianity that has shaped his life. Derek Rowen, aka “Guggi,” was a serial nicknamer, and most of the kids who passed through their gang of friends got a new name at some point or another. (One of them, David Evans, got the moniker “the Edge” because of his sharp Welsh features. That one stuck too.)

Bono writes, “Guggi introduced me to the idea that God might be interested in the details of our lives, a concept that was going to get me through my boyhood. And my manhood.” ...

At the churches and prayer gatherings they attended, Bono found a direction and a name to attach to what he called an innate but “inchoate and formless” sense of the divine. It struck him to the core, and it still does. He writes,

The Bible held me rapt. The words stepped off the page and followed me home. I found more than poetry in that Gothic King James script. … I’d always be first up when there was an altar call, the “come to Jesus” moment. I still am. If I was in a café right now and someone said, “Stand up if you’re ready to give your life to Jesus,” I’d be the first to my feet. I took Jesus with me everywhere and I still do. ...

Too often, Christian artists are confronted with unwritten codes— subjects to avoid, self-images to project, messages to cram into their projects, people not to offend, and politics to endorse or avoid. Few things are more poisonous to creativity than that kind of dogmatism.

U2’s response to these confrontations has been to accept the paradox and contradiction of living in an in-between space. It’s led some to suggest they’re too Christian for the mainstream and too mainstream for Christians. It strikes me that this framework gets it exactly wrong. Living in that liminal space has made them more able to speak to both communities. It afforded them the opportunity on that night in 2002 to give the gift of grief and hope to a watching world. ...

“I don’t think we should allow ourselves into this binary view of the world between progressive and conservative. I think that’s very divisive,” he says. “We’ll find common ground by reaching for higher ground.”

“We need to get through it to a place of wisdom,” Bono continues. “And I predict revival.” In fact, he predicts that churches, of various denominations, “could be filled instead of emptied. But it depends on how they’re used. We have to hope that people will live their faith, rather than just preach it. We have to preach it. If you’re a preacher, preach it. But if you can’t live it, stop.” ...

Even in Surrender’s final pages, Bono identifies himself as a pilgrim, not a sage—someone still on the search. He tells a story about seeing his son play with his band, Inhaler, and the conversation they had afterward. Bono tells him, “To be yourself is the hardest thing, and it’s easy for you. I’ve never once been myself.”

I tell Bono that line really surprised me.

“The word surrender still seems out of reach for me. The integratedness you expect from a person who’s been made whole by their faith, I’m probably missing. I have the joy, I have some insights, I have a lot. But being comfortable in my skin is what I was talking about,” he says.

“You know, the U2 thing on stages … a lot goes in,” he says. “We really have to prepare ourselves before we walk out on stage. We have to pray for each other. And it’s like, ‘Come on, lads. It’s just a rock-and-roll show. Get over yourself.’ But we can’t do it without that. I was just speaking to my high school yesterday, to the sixth-year students. I was reading them the book; I was so nervous.”

He takes a slow breath. “But I will tell you, deep down, there is an anchor,” he says. “I’m fixed to a rock, and that rock is Jesus.”