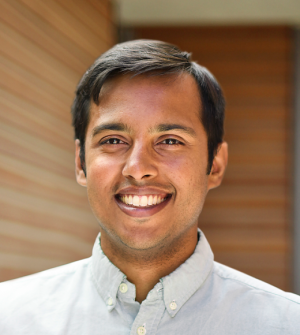 We must all care for others. Yet for the millions of women who do the yeoman’s share of American care work, the ways they are compensated, if at all, raise questions for tax law and implications for us all.  It is to the phenomenon of nonmarket care work that Professor Nyamagaga Gondwe turns in her forthcoming Article, The Tax-Invisible Labor Program: Care, Work, Kinship, and Income Security Programs in the IRC. Gondwe advocates for greater recognition of nonmarket care work, in tax law and beyond.

The Article lies at the intersection of at least two literatures: on one hand, tax scholarship focused on the lives of those deemed poor and different (and often both) and on the other, scholarship on domestic workers that tries to understand how we value those who work intimately with humanity. Both literatures center household formation, household labor, gender, and race, all of which animate Gondwe’s Article.

For other consumers of both these tax and domestic work literatures, Gondwe’s work will likely feel both familiar and new. The Article reminds us of the common absence of market compensation for care work, which when compounded by “tax [law’s] invisibility,” jeopardizes such workers’ eligibility for programs like the EITC. Reams have been written on the EITC as a transition away from direct assistance and towards market-compensated work. As Gondwe succinctly writes, “Taxed-based financial assistance deliberately removes Black women from care roles in their homes by requiring them to enter the formal labor market.” [pp. 135]. Yet tax law’s strong displacement notwithstanding, the care must go on.

While absent from tax credit eligibility criteria, nonmarket care surfaces in government statistics. The federal government has consistently collected aggregate data on nonmarket household labor for over a century. [pp. 108].  And tax law’s treatment of “difficult-to-value” property like art and stock in closely held corporations undermines concerns about the difficulty of valuing such service. [pp. 133]. While I knew each of those things independently, Gondwe encouraged me to think of them together.

The Article accordingly feels new because of Gondwe’s reframing of unpaid care work outside of traditional marriage and the nuclear family, orienting her focus towards Black Kinship Networks and the work of Carol Stack.  The analysis goes beyond the general tax treatment of unpaid care work, rooted in discussions by Nancy Staudt, Marjorie Kornhauser, and Pat Cain, among others.  In traditional marriage, where the value of the service may be compensated by other intrahousehold transactions, we may be less concerned about the absence of a formal imputation of income and a corresponding earnings record (though Gondwe, throughout the Article, remains concerned). But in Black Kinship Networks, Gondwe’s concerns become more pronounced by women’s lack of economic support – in her words, it is a “dual crisis: non-payment diminishes economic stability because there is no patriarchal alternative source of income and non-recognition cuts off access to key income-security tools.” [pp. 121]. Thus, drawing upon the economic and tax lives and legal disadvantages of Black families (as long analyzed by fellow tax scholar Dorothy Brown), Gondwe emphasizes divergent family structures by race that foster nonmarket care work across households.

The Article is on one hand a story about women, but it is also about the community-level externalities from individual exchanges.  Black women, who face lower wages even after controlling for educational attainment, provide unpaid care work and experience financial insecurity. (And Gondwe’s scope understandably leaves out some of the cycle’s harrowing financial lows, whether through penalized early withdrawal of retirement savings or via high-interest loans.) As such, I see the Article as related to the fundamental questions raised by the economist Patricia Cortes alongside the aforementioned scholars. Who exactly benefits from the availability of paid care work, to whom and how can women outsource their own unpaid care work, and what role do limited interventions, like visa programs or tax credits, play in addressing larger market failures?  Gondwe’s Article offers a refreshing perspective on these significant questions.