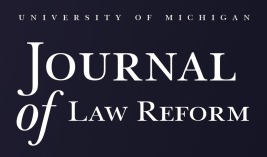 Throughout most of 2020, state and local governments faced severe budget crises as a result of the COVID-19 pandemic. Increased demand for state welfare services and rising state expenses related to controlling the spread of COVID-19 stretched state and local budgets to their breaking points. At the same time, layoffs, business closures, and social distancing measures reduced states’ primary sources of tax revenues. The traditional practice of American fiscal federalism is for the federal government to step in to provide aid during a national emergency of this magnitude, because state and local governments lack the federal government’s monetary and fiscal powers. But during the 2020 national emergency, the majority coalition in control of Congress was skeptical of thistraditional practice, leaving federal aid limited and insufficient.

This Article thus proposes a series of innovative state tax reform measures and other related reform proposals for modernizing states’ outdated tax bases and crisis-proofing American institutions of fiscal federalism. These proposals were initially designed as reforms to mitigate the harmful state and local budget consequences of the COVID-19 pandemic. But a central role of legal scholarship should be to develop law reform solutions for legislatures and for other policymakers to prepare for future emergencies when those solutions may be urgently needed. To that end, this Article elaborates on and memorializes proposals initially developed for the 2020 crises, so that these proposals might be further developed to be ready as potential responses for future crises in which the federal government might once again prove unwilling to act sufficiently.