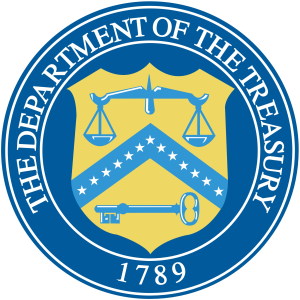 In conjunction with today’s annual Freedman’s Bank Forum, U.S. Secretary of the Treasury Janet L. Yellen announced the inaugural members of the Treasury Advisory Committee on Racial Equity. The first-of-its-kind committee will provide advice and recommendations to Secretary Yellen and Deputy Secretary Wally Adeyemo on efforts to advance racial equity in the economy and address acute disparities for communities of color.

Toward that end, the Committee will identify, monitor, and review aspects of the domestic economy that have directly and indirectly resulted in unfavorable conditions for communities of color. The Committee plans to address topics including but not limited to: financial inclusion, access to capital, housing stability, federal supplier diversity, and economic development.

“A critical piece of executing on our racial equity goals is bringing a wide set of outside perspectives and lived experiences to the decision-making table,” said Secretary of the Treasury Janet L. Yellen. “The Treasury Advisory Committee on Racial Equity, made up of members with wide-ranging backgrounds and expertise, will provide important insight and advice to leadership across the department to bolster and inform our equity efforts.”

The 25 inaugural members of the Committee come from a wide range of backgrounds including academia, advocacy, financial services, and local government.  Members share a common experience with and working knowledge of the implications of economic policy decisions on communities of color, as well as a deep commitment to advancing racial equity.

Michael Nutter, the David N. Dinkins Professor of Professional Practice in Urban and Public Affairs at Columbia University and the former Mayor of Philadelphia, will serve as chair of the Committee and Felicia Wong, the President and CEO of the Roosevelt Institute, will serve as vice-chair.

Dorothy Brown (Martin D. Ginsburg Chair in Taxation and Professor of Law, Georgetown University) and Darrick Hamilton (University Professor and Henry Cohen Professor of Economics and Urban Policy, The New School) are members of the committee. The full list of the 25 members is below the fold: