NY Times Op-Ed: Humility Is A Virtue. But Can Humble People Succeed In The Modern World?

New York Times Op-Ed:  Humility Is a Virtue. But Can Humble People Succeed in the Modern World?, by Peter Coy: 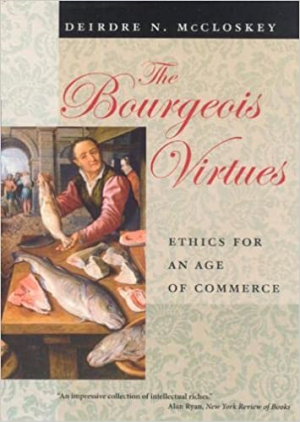 The Scottish Enlightenment philosopher David Hume, a friend of Adam Smith, called humility one of the “monkish” virtues, and he didn’t mean that as a compliment. ... I kind of see Hume’s point. If progress in capitalism is fueled by people’s pursuit of their self-interest, we’re not going to get very far if everyone is into mortification, self-denial and so on.

On the other hand, we are taught from childhood to be humble. Humility is a core virtue in Christianity, Islam, Judaism and other religions. From Tuesday evening until Wednesday evening is the Jewish Day of Atonement, Yom Kippur, which includes the prayer “Here I am, poor in deeds.”

I did some reading and came to the conclusion that humility and capitalism aren’t necessarily in conflict. They can actually go together quite well. Although it partly depends on what you mean by humility.

I think resolving this question of capitalism’s compatibility with humility comes down to what we mean by humility. If it’s extreme self-effacement and abnegation, no, that’s not a good way to do business. You’ll get rolled every time. Capitalism won’t take root.

But if by humility we mean listening to other people without presumption and being willing to learn from them, that’s a virtue that can fuel innovation and growth. Deirdre McCloskey, an economist at the University of Illinois, Chicago, makes this point well in her 2006 book, “The Bourgeois Virtues: Ethics for an Age of Commerce.” She quotes the Jewish sage Ben Zoma, who said: “Who is wise? One who learns from every person.”

McCloskey also quotes St. Augustine, who said, “We must not esteem by pretending to esteem, but should really think it possible for another person to have something that is hidden to us and whereby he is better than we are.”