Hubbard: Building the Next Generation of Rule of Law Leaders

Following up on my previous post, A Call To Action On Rule Of Law In The United States:  TaxProf Blog op-ed:  Building the Next Generation of Rule of Law Leaders, by William C. Hubbard (Dean, South Carolina; Co-Founder and Chair of the Board, The World Justice Project): 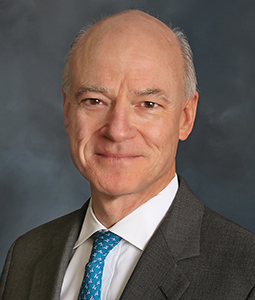 The rule of law has been under considerable stress in the United States in recent years. Concerns range from rising gun violence and hate crimes to fraudulent diversion of COVID relief funds, eroding trust in the judiciary, and threats to electoral integrity. So, it is welcome news this week that the United States saw modest improvement in its score in the 2022 Rule of Law Index, published annually by the World Justice Project (WJP), the board of which I chair. It’s no time to rest on our laurels, however. There’s much more to be done to recover ground lost since 2016, the last year the United States’ Index score improved, not to mention to address long-standing systemic weaknesses. Law schools should be leading the way.

The WJP Rule of Law Index scores and ranks 140 countries, drawing on surveys of practitioners and everyday people about their experience and perceptions of the rule of law in each of eight areas: Constraints on Government Powers, Absence of Corruption, Open Government, Fundamental Rights, Order and Security, Regulatory Enforcement, Civil Justice, and Criminal Justice. Over the past year, the United States improved its score in each of these areas and increased its overall score by 1.8%. It is among the countries showing the greatest progress this year, but it still ranks a disappointing 26th and has just begun to recover the 6% its score declined since 2016. A closer look at the data highlights the challenge.

As I reported in a post to this group last year, between 2016 and 2021, the U.S. Index score declined most in the factor measuring “Constraints on Government Powers,” made up of separate indicators for checks on executive authority by the judiciary, legislature, independent audit agencies, and civil society, as well as for sanctions on official misconduct and lawful transitions of power.

Though inching upward this year, the overall U.S. score for “Constraints on Government Powers” remains 15% below the 2016 level. Moreover, the U.S. score actually fell this year on the specific indicators for legislative checks on executive authority and the extent to which official misconduct is sanctioned.

The challenges facing U.S. rule of law are even more daunting if we look beyond recently emerging weaknesses to other more long-standing systemic problems, such as discrimination and unequal access to justice. The United States ranks 103rd out of 140 countries in the Index measure of discrimination, and 115th in the affordability and accessibility of the civil justice system.

The United States is often hailed as a beacon of the rule of law, and we have understandable pride in our longstanding constitutional democracy, but the WJP data highlight important weaknesses in this narrative. In some areas, the U.S. record has always been wanting, in others, our standing has slipped markedly in recent years. We in the legal academy have a special responsibility to give our students this full and accurate picture and to equip them to build a system that performs more consistently with our ideals.

The WJP Index data makes clear that rule of law progress is slow and often uneven. Of the 113 jurisdictions WJP has tracked since 2016, just four have improved their Index scores consistently year over year. Factors driving such change vary, but research suggests that committed and strategic leaders willing to grapple honestly with rule of law strengths and weaknesses can make a significant difference. We should be training our students to become such leaders, to serve—as the Model Rules of Professional Conduct command--as “public citizen[s] having special responsibility for the quality of justice.”

To equip our students for such leadership roles, law schools should be intentionally teaching what the “rule of law” means and requires, not just expecting students to pick it up by osmosis. Too often today, “rule of law” rhetoric is deployed opportunistically to justify policy preferences or political agendas. We need to give our students a sophisticated understanding of rule of law principles, to enable them to distinguish rule of law fact from fiction, and to defend the idea against misuse. We can teach this in stand-alone courses on the rule of law, as a number of schools have done, but we should also intentionally integrate this discussion into the core curriculum. There is no better way to learn content than to teach it, and street law programs can give students invaluable experience teaching this complex concept to others while building resilience to rule of law misinformation in the broader public. We should encourage students to consider how well the United States upholds the rule of law and what might be done to improve. The WJP Rule of Law Index can be a resource for stimulating such discussions, identifying U.S. rule of law gaps, and comparing our institutions and approaches with models from other jurisdictions that out-perform us. Clinical programs should be explicitly cast as opportunities for students to practice their future role as guardians of the quality of justice and the rule of law.