New York Times, For Suburban Texas Men, a Workout Craze With a Side of Faith:

By day, Glenn Ayala is a 50-something account manager who spends much of his time behind a desk. But at Rick Rice Park in the early morning darkness, doing push-ups and jogging with a 20-pound rucksack on his back, he is known as K9, and he is with his people.

One Friday in August, Mr. Ayala joined about 20 other men in what they called the predawn “gloom” for the group’s regular workout. They grunted and hooted un-self-consciously, razzing one another and shouting encouragements, using nicknames generated by the group. (Mr. Ayala got his because he trains dogs in his spare time.)

The members also often gather to pray together and talk, building friendships that have extended into their daily lives: When Mr. Ayala separated from his wife, members of the group helped him move. When his relationship with his adult son floundered, they texted him Garth Brooks songs to buoy him.

This is F3 — that’s fitness, fellowship and faith — a fast-growing network of men’s workouts that combine exercise with spiritually inflected camaraderie. After its founding in 2011 as a free, outdoor group workout, its popularity exploded during the pandemic, expanding to some 3,400 groups across the country from 1,900, aiming to solve, as John Lambert, a.k.a. Slaughter, the network’s chief executive, put it, “a problem that society at large and men definitely didn’t even know they had: middle-age male loneliness.” ...

I first heard about F3 through a few acquaintances in Texas, men who spoke about their local groups with the zeal of evangelists. It reminded me of how urban women used to talk with me about SoulCycle, only these guys were suburban fathers.

Its no-frills formula inspires fervent devotion. “F3 has changed my life,” Mr. Ayala said. He first attended last year, when a friend repeatedly nudged him to try it — or in F3’s baroque jargon, put him in an “emotional headlock.” He was hooked immediately. About a year ago, he got an F3 tattoo on his chest. ...

In F3, there are no facilities, no formal gear and no membership fees. Popular in the South, where outdoor workouts are pleasant most months of the year, the groups are ostensibly nonsectarian, in the style of Alcoholics Anonymous, though many have a Christian emphasis. Some men describe the group as complementing and expanding on their experiences in church.

F3 is also the rare setting devoted to male bonding. It means you “have guys to do life with,” said Pastor Giraud, a.k.a. Baby Shark, who works out with Mr. Ayala. “To really care for others and be cared for, to acknowledge others and be acknowledged.” ,,,

Many F3 men want to be traditionally strong providers, but also be more active and attentive in their family lives than their own fathers were.

David French (The Dispatch), A Short Story of Men: 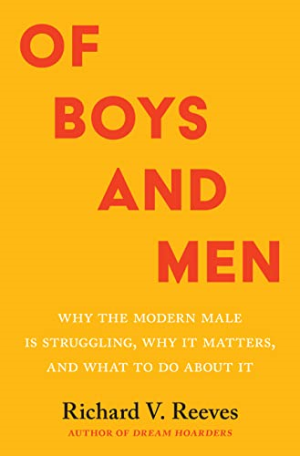 Have you heard of a group called “F3”? I confess that I hadn’t. At least not until Saturday morning, when I read this outstanding Ruth Graham report in the New York Times. The group’s name is short for “fitness, fellowship, and faith.” The goal is ambitious. John Lambert, the group’s CEO, told Ruth that the aim is nothing less than solving “middle-age male loneliness.”

The concept is simple. Get a group of men together in the “predawn gloom,” get them to push themselves and each other in a series of grueling workouts, and then join in fellowship to talk and sometimes pray. It seems to work. The group was founded in 2011, and there are now 3,400 chapters across the country, and many of its members credit the group with changing their lives.

Ruth’s story communicates a central theme: The workouts are important, but the relationships are transformative. Friendship matters, and here is a place where thousands of men are finding friends.

The more I think about the challenges afflicting America’s men and boys, the less I think about ideology and the more I think about technology. While left and right fight furiously over who’s to blame for the fact that young men are falling behind in school, men are overwhelmingly more likely to die of despair, and men are suffering a crisis of loneliness and friendlessness, we’re neglecting the most mundane and powerful of explanations—the world changed, and men have been struggling to adapt ever since. ...

What does all this mean for men? In the times before the combination of the industrial and information revolutions, men didn’t just possess a clear default purpose (builder, protector, and provider), they also had a clear path to forming meaningful friendships. Demanding male work created spaces for rich male relationships.

As men confront this new world, it thus should not surprise us that many are experiencing both a crisis of purpose and a crisis of relationships. In his outstanding new book Of Boys and Men, Brookings Institute senior fellow Richard Reeves documents these immense social and economic changes more effectively than anyone I’ve read, and he does something else truly important—he argues that our ideological wars over masculinity are making everything worse. ...

This Saturday Night Live skit is sad and funny, in part because it’s describing something real:

That which was once more natural now has to become more intentional. Families that once stayed together out of necessity must now stay together out of choice. Male friendships that once formed as the natural result of the proliferation of exclusively male spaces now often require deliberate cultivation.

What is the short story of modern men? Life has changed forever. Ideologues pull men and boys into destructive and unsustainable extremes. Yet virtuous purpose can still be found in the fundamental building blocks of the good life. Only a man can be a husband, only a man can be a father, and men need male friends. If a man can fill those roles with integrity and courage, then doubts about his masculinity should not ever darken his heart.

Richard Reeves (Brookings Institution), Of Boys and Men: Why the Modern Male Is Struggling, Why It Matters, and What to Do about It (Sept. 27, 2022):

Boys and men are struggling. Profound economic and social changes of recent decades have many losing ground in the classroom, the workplace, and in the family. While the lives of women have changed, the lives of many men have remained the same or even worsened.

Our attitudes, our institutions, and our laws have failed to keep up. Conservative and progressive politicians, mired in their own ideological warfare, fail to provide thoughtful solutions.

The father of three sons, a journalist, and a Brookings Institution scholar, Richard V. Reeves has spent twenty-five years worrying about boys both at home and work. His new book, Of Boys and Men, tackles the complex and urgent crisis of boyhood and manhood.

Reeves looks at the structural challenges that face boys and men and offers fresh and innovative solutions that turn the page on the corrosive narrative that plagues this issue. Of Boys and Men argues that helping the other half of society does not mean giving up on the ideal of gender equality.

Speaks to our hearts as well as our heads. A powerful and important book.
—Jonathan Haidt, Thomas Cooley Professor of Ethical Leadership, New York University—Stern School of Business

Finally, an analysis of the crisis among men and boys that adds more light than heat. Richard Reeves takes on the issues facing males today with courage and compassion, and offers solutions that are both workable and agreeable across the political spectrum. A much-needed book.
—Arthur Brooks, Professor, Harvard Kennedy School and Harvard Business School, and #1 New York Times bestselling author

Real, practical, solutions to create a world that would be better for all of us, across the gender spectrum.
— Anne-Marie Slaughter, CEO, New America and author of Unfinished Business: Women Men Work Family

An authoritative overview of the problems faced by boys and men—and most importantly, bold ideas to solve them.
—Andrew Yang

In this courageous, compelling, and urgently needed book, Reeves argues for dispensing with the damaging narrative of 'toxic' masculinity, and offers concrete suggestions for how to support boys and men.
—Carole Hooven, Harvard University and author of Testosterone: The Story of the Hormone that Dominates and Divides Us

Important, timely, well-balanced and thoroughly researched, Of Boys and Men effectively outlines the rapid economic, psychological, social and educational decline of males in our society and proposes practical policies that offer a positive masculinity for our sons, brothers and fathers.
—Joe Henrich, Harvard University and author of The WEIRDest People in the World

Richard Reeves has the rare combination of writerly flair, analytical skill, and unflinching focus on problems that partisans would rather dismiss. Just as Dream Hoarders forced Americans to question our mantras about social mobility, his work on men and boys is provocative, timely, and rich with real-world solutions.
—Evan Osnos, The New Yorker and author of Wildland: The Making of America's Fury