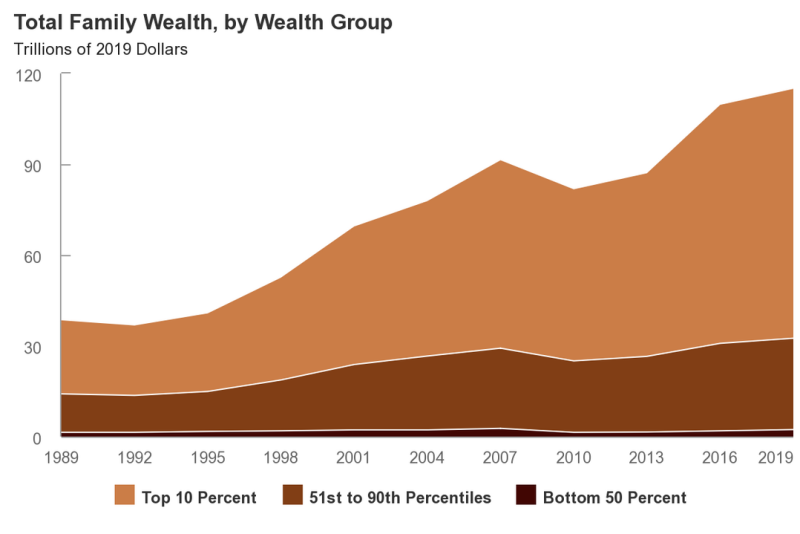 Congressional Budget Office, Trends in the Distribution of Family Wealth, 1989 to 2019:

Building on earlier work by the Congressional Budget Office, this report examines changes in the distribution of family wealth (a family’s assets minus its debts) from 1989 to 2019 and analyzes those changes in relation to several family characteristics—income, level of education, race and ­ethnicity, age, and birth cohort. In addition, the report examines how total family wealth has changed since 2019.