WSJ: Pastor Timothy Keller Speaks To The Head And The Heart 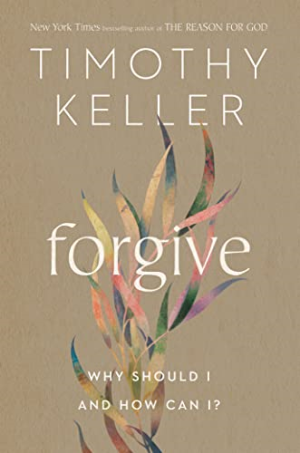 Dr. Keller, 71, has earned a wide following for his erudite and engaging teaching of the Gospel. Since he founded Redeemer Presbyterian Church in Manhattan in 1989, his appeal to young, educated professionals has helped it grow from a few dozen members to more than 5,000 weekly attendees across three locations. His sermons, which address believers and nonbelievers alike, are available on a podcast that over 2.5 million people download each month. He has also written more than two dozen books on subjects such as God, death, marriage and meaning; his new book Forgive: Why Should I and How Can I? will be published in November. ...

Though he is theologically conservative, Dr. Keller is wary of calling himself “evangelical,” largely owing to the term’s political implications. “It creates images in people’s minds that don’t fit me,” he explains. Although the Bible teaches that we should welcome immigrants and help the poor, he notes that it doesn’t specify whether government should be big or small, or whether taxes should be high or low. Thus Christians shouldn’t feel they are obligated to vote for either Democrats or Republicans. He adds that politics are creating serious fissures within the church. “People are walking away from each other,” he says. “It’s quite painful.”

An introverted “egghead” when he arrived at Bucknell, Dr. Keller recalls that he felt pride in usually being the smartest kid in the room. “I didn’t realize that was killing me,” he says now. He explains that he learned from reading St. Augustine that his loves were “not ordered properly.” Seeking fulfillment from his intelligence made him susceptible to despair if he got a bad grade. By learning to love God first and making this love central, he says, he became more able to manage life’s disappointments.

“Unless you love God the most, you will turn your children or spouse or job into a kind of god that you will expect to completely fulfill you,” he explains. This is a recipe for dissatisfaction, he adds, and often alienates those we love by burdening them with unreasonable expectations. Dr. Keller often quotes C.S. Lewis: “Aim at heaven and you will get earth ‘thrown in.’ Aim at earth and you get neither.” ...

Dr. Keller preaches a conservative Christianity to his cosmopolitan flock, in which marriage is between a man and a woman and abortion is murder. ...

He has continued to maintain a busy writing and teaching schedule, despite being diagnosed with stage 4 pancreatic cancer in May 2020. Although he learned of his illness just after publishing the book “On Death,” he admits he felt unprepared for what was essentially a death sentence. “In the early months, it felt very unfair,” he says.

Now, however, Dr. Keller says his illness has deepened his faith by bringing him closer to God: “I always knew He was this available, but I did not avail myself of Him.” Because he is no longer traveling or worrying about raising money for his church, he has more time for solitude and prayer, and also more time for Kathy. “I would love to be cured and spend more time here,” he says. “But my relationship with God has never been better.”