What Trump Gets Right About Harvard 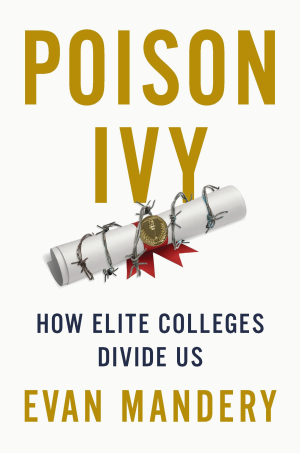 Clad in his trademark red sweater, Hall of Fame college basketball coach Bobby Knight introduced Republican presidential nominee Donald Trump to an enthusiastic audience of supporters in late September 2016. “I’ll tell you one thing for damn sure,” Knight bellowed. “I know how to win and he’s going to be the best winner we’ve had in a long time.”

Trump emerged to the theme from Rocky, praised Knight’s incredible winning record, and then launched into a diatribe about elite colleges and universities. Two months earlier, Hillary Clinton had proposed to make public college free for middle-class families. Trump would have none of that. “Universities get massive tax breaks for massive endowments,” Trump said, to boos and catcalls. “These huge multi-billion-dollar endowments are tax free,” he explained. “But too many of these universities don’t use the money to help with tuition and student debt. Instead, these universities use the money to pay their administrators or put donors’ names on buildings or just store the money, keep it, and invest it.” The chorus of boos loudened. “In fact, many universities spend more on private equity managers than on tuition programs.”

Trump’s persistent attacks on elites were a major component of his electoral strategy and remained a key part of his message during his presidency and subsequent exile. Condemning elites — particularly in higher education — has long been a part of the GOP playbook, but it’s even more key today. Last November, Republican Senate candidate J.D. Vance delivered a half-hour speech at the National Conservatism Conference titled, “The Universities are the Enemy.” Vance accused universities of pursuing “deceit and lies.” To applause, he said, “I think if any of us want to do the things that we want to do for our country and for the people who live in it, we have to honestly and aggressively attack the universities in this country.” Vance’s would-be Senate colleagues Josh Hawley — like Vance, a graduate of Yale Law School — and Ted Cruz — a graduate of Harvard — routinely attack elites and elite institutions.

To some extent, elite colleges are simply collateral damage in the culture war. Indeed, the thrust of Vance’s speech is about the need to break through the indoctrination of the liberal intelligentsia — via what he calls “red pilling,” a reference to The Matrix — where the “fundamental corruption” at the root of the system, as Vance put it, can’t be unseen once seen. “So much of what drives truth and knowledge, as we understand it in this country,” Vance said, “is fundamentally determined by, supported by and reinforced by the universities in this country.”

But that’s not the whole story. Another line of attack is about access. It’s about who gets to be part of the elite, and whether America has gotten a fair return on the massive investment that it has made in elite colleges. For, difficult as this might be for liberals to hear, almost everything Trump said to the crowd Bobby Knight had warmed up was true.

But that’s not the whole story. Another line of attack is about access. It’s about who gets to be part of the elite, and whether America has gotten a fair return on the massive investment that it has made in elite colleges. For, difficult as this might be for liberals to hear, almost everything Trump said to the crowd Bobby Knight had warmed up was true.

For generations, elite colleges have been given a pass in accounting for what they’ve done in exchange for the massive benefits that they have received. The bill has come due. Soon, elite colleges are going to have to answer two simple questions.

Why are they exempt from taxes?

And what has America gotten in return?