The Myth Of American Income Inequality 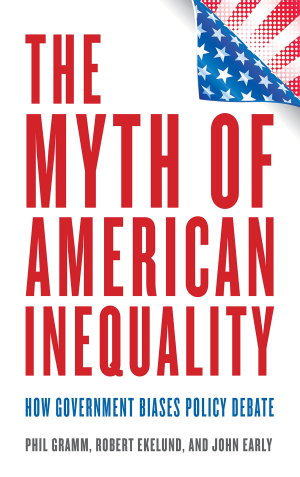 Contrary to conventional wisdom, the most dramatic and consequential change in the distribution of income in America in the past half-century isn’t rising income inequality but the extraordinary growth in income equality among the bottom 60% of household earners.

Real government transfer payments to the bottom 20% of household earners surged by 269% between 1967 and 2017, while middle-income households saw their real earnings after taxes rise by only 154% during the same period. That has largely equalized the income of the bottom 60% of Americans. This government-created equality has caused the labor-force participation rate to collapse among working-age people in low-income households and unleashed a populist realignment that is unraveling the coalition that has dominated American politics since the 1930s.

The nearby chart compares the after-tax, after-transfer incomes of the bottom three quintiles of American households with no adjustment for household size, on a per capita basis, and using the average of the OECD and census adjustments for household size. We found that the average bottom-quintile household has $2,401 (or 6.6%) more income than the second quintile and only $3,306 (or 7.8%) less than the middle-income quintile. 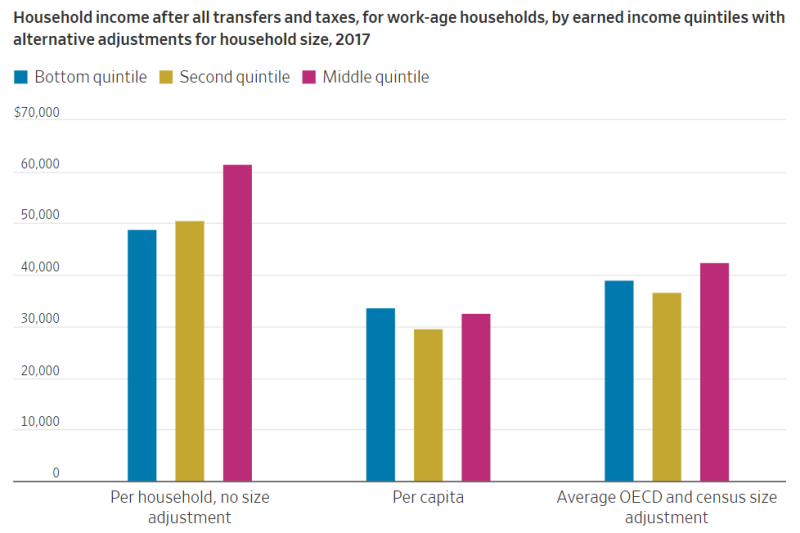