Taub Presents No Income Taxation Until Basic Accommodations: Toward Tax Justice In America Today At NYU 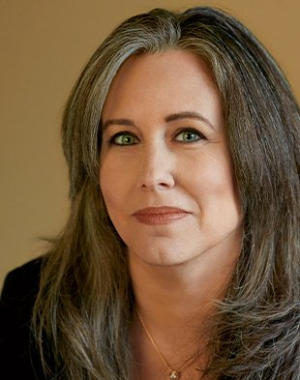 Tax reform proposals recently promoted by progressive policymakers and candidates for elected office have focused on increasing federal taxes assessed on and paid by large business enterprises and wealthy individuals. These types of recommendations are designed to achieve redistributive justice based policy goals and also wisely follow the changing direction of public sentiment. From a policy perspective, economic research suggests that this sort of tax-receipts driven redistribution is essential in order to stem –– and ideally reverse –– growing wealth and income inequality trends. As for popular sentiment, the timing is good as the American public was already stirred up in response to the 2017 Republican-championed tax cuts for corporations and the super wealthy. Now, post-pandemic, the American people are even more receptive than they were before to taxing perceived coronavirus profiteering by billionaires and transnational corporations. We can also see evidence of strong support for targeting tax increases on big business and well-off individuals in polling as well as recent responses to the Inflation Reduction Act, the August 2022 legislation that moves modestly in that direction including with a financial-statement based fifteen percent alternative minimum tax on corporations that have on average $1 billion or more in annual earnings.

These efforts to raise revenue and reduce inequality through taxation are commendable. However, there’s something mostly missing from this agenda that proposes (and recently achieved) adding additional taxes for corporations and the wealthy. Absent, so far, is a serious discussion of direct tax relief for the rest of us.

Some could contend that upfront tax cuts for the poor and middle class are unnecessary as the additional resources from increased tax receipts brought in from the upper-echelon can be adjusted through public spending on the backend. Specifically, the idea is that the expanded public funds available to the U.S. Treasury can and will be used by Congress to direct new spending toward worthy programs that directly or indirectly bring related public and private sector jobs, thus positively impacting people and communities nationwide. This type of thinking reflects a government, not private sector, version of trickle-down economics. And that’s fine, however, in my view, raising public funds from those who benefit most from the current political economy is necessary, but not sufficient. One glaring deficiency is that such back-end approaches do not fix considerable aspects of the federal income tax system that are inefficient, more burdensome than beneficial, or inequitable, or all of the above. Though we can point to tax relief pushed forward recently by the Obama Administration, as evidence of concern for low and middle-income earners, other than a small payroll tax cut, that relief was in the form of back-end tax credits, something that leaves the existing costly, time-consuming, tax return-filing, and tax audit and liability system in place.

There is a monopoly it seems, on proposing tax cuts. It appears that only avowed conservatives, libertarians, and those who claim to want to shrink government to the size where they can “drown it in the bathtub,” have a lock on that language. That’s unfortunate and ahistorical. It should be Democrats who offer up concrete plans to address the way in which the current tax system from end-to-end, unduly burdens ordinary Americans who work for wages and have seen the purchasing power of those stagnating wages erode, who overpay tax for preparation, face unfair tax rates on work relative to investment income, are subjected to more frequent audits, and lose the time-value-of money even when they do receive back a refund many months, if not years later.

To nudge a new progressive policy conversation in the direction of direct, upfront, income tax cuts for the working class, this paper contends that those concerned with vertical and horizontal equity in the tax system should expand their policy vision and communicate that clearly. We have all heard of the slogan “tax the rich.” Despite the literal language, and the pearl-clutching this slogan triggers for some tax purists, it does not mean that the rich don’t pay any taxes at all (though there are some billionaires who pay so little relative to their wealth, cashflow, and luxury possessions that it’s easy to get confused). Though, imperfect, for those who look past the literal meaning, it resonates. The slogan translates as a demand that the wealthy contribute to the tax system based on their ability to pay, not their ability to hire accountants and lawyers to create offshore and other tax avoidance schemes or to change the law so that “buy, borrow, die” results in intergenerational wealth in perpetuity. With working class tax relief in mind, this familiar slogan could be borrowed and built upon and perhaps should be, “Tax the rich, not the rest of us.” To state that more precisely (but not as well-suited for a bumper sticker or a rally chant): now is the time to initiate an evidence-based conversation exploring the prospect of substantially reducing required automatic withholding amounts, increasing the standard deduction, and reducing the wage-based income tax rates and burdens on those in the low and middle-income brackets. Tax the rich, not the rest of us.

To get that conversation going, this paper proposes something I refer to as “The People’s Tax Shelter” or PTS (terms used interchangeably throughout this piece). The reason to provide a PTS arises from some basic numbers. Currently, working people pay taxes on wages, even before earning enough gross income to cover their housing, utilities and food, what is referred to in the title as “basic accommodations.” The standard deduction today, or colloquially the “tax-free” amount of income for individuals is $12,950 per year. But to rent a one-bedroom apartment costs on average around $1,769 a month in America, or $21,228 per year. And that does not include electricity, heat, cable, or internet. Food, transportation, insurance premiums, co-pays, laundry are necessities too. According to the Bureau of Labor Statistics (BLS), average annual expenditures before taxes for the more than 133 million “consumer units” in the United States was $66,928. The BLS also notes that single parents with at least one child spend on average 38 percent of pre-tax expenses on housing, single people more than 37 percent. Yet, even before an individual (or family) has earned even enough in a given month to pay for a one-bedroom apartment on its own, money is automatically deducted from each paycheck and sent to the U.S. Treasury. And, even though some people who don’t precisely titrate their exemptions get back a refund check for overpayment (and some get excess via the earned income tax credit, as mentioned below), still, that is not enough to allow for shelter plus bare-bones cost of living as noted above. ...

To help evaluate the core PTS along the lines of efficacy, equity (horizontal and vertical), this paper will be broken into the following sections. Part I PTS explores the historical precedent and related policy justifications for such a plan. Next, Part II sets out who will benefit and who will suffer and the ways and amounts that they might do so under the PTS. This section of the paper will also explore an assortment of unintended ... consequences. In Part III the anticipated implementation challenges and fiscal impact of the PTS, including impact on existing tax programs like EITC, are considered including the “how will we pay for it” questions. And, in Part IV, the complementary changes to support the PTS are identified and discussed, including new tax brackets and marginal tax rates as well as the VAT. Finally, the paper concludes with an endorsement of the PTS and a roadmap of further research to complete.