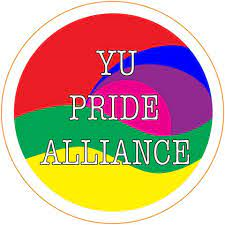 The YU Pride Alliance and several students sued the university in state court last year after administrators refused to recognize the undergraduate group as an official student club.

A trial judge, finding Yeshiva’s position violated New York City’s Human Rights Law, ordered it to recognize the Pride Alliance on the same terms as other student clubs. After state appellate courts declined to block the ruling’s implementation while the university appealed, Yeshiva filed an emergency motion asking the Supreme Court to intervene.

Last Friday, Justice Sonia Sotomayor, who oversees the judicial circuit including New York, granted a temporary stay while the justices weighed the request.

The Supreme Court, on a 5-4 vote, lifted that stay Wednesday and said in an order that Yeshiva had yet to exhaust its options in the state court system [Yeshiva University v. YU Pride Alliance, No. 22A184 (Sept. 14, 2022)]. ... Chief Justice John Roberts and Justices Sotomayor, Elena Kagan, Brett Kavanaugh and Ketanji Brown Jackson were in the majority.

Yeshiva University abruptly announced on Friday that it had placed all undergraduate club activities on hold, the latest maneuver in the legal battle by the Modern Orthodox Jewish institution to keep from recognizing an L.G.B.T.Q. student group.

The move came two days after the U.S. Supreme Court had ordered the university to recognize the student group. ... Citing the upcoming Jewish holidays, the university sent out a terse, unsigned email at midafternoon on Friday that said it would “hold off on all undergraduate activities” while it planned its next steps to “follow the road map provided by the U.S. Supreme Court.

Katie Rosenfeld, a lawyer representing the Pride Alliance, compared the university’s move Friday to the decision by Jackson, Miss., 50 years ago to close public swimming pools rather than comply with a court order to desegregate them.

“By shutting down all club activities, the YU administration attempts to divide the student body, and pit students against their LGBT peers,” she said, calling it a “shameful tactic.”

A university spokesman referred back to a statement Yeshiva president Rabbi Ari Berman issued Thursday: “Every faith-based university in the country has the right to work with its students, including its LGBTQ students, to establish the clubs, places and spaces that fit within its faith tradition. Yeshiva University simply seeks that same right of self-determination.”