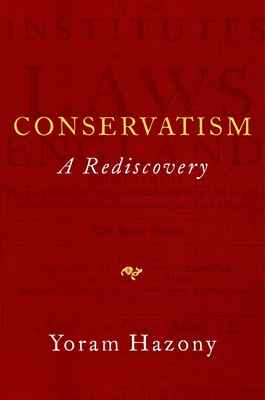 The movement known as national conservatism, which just wrapped up its latest conference in Florida, is the third major attempt to solve the Republican Party’s central 21st-century policy dilemma: How does a party that historically represented the rich and big business adapt to a world where conservatism’s constituencies are not just middle class but blue-collar, downscale and disappointed with the modern American economy?

The first attempted adaptation belonged to George W. Bush. His slogans were “compassionate conservatism” and the “ownership society,” and his policies offered new spending on education and health care, support for faith-based anti-poverty programs and easy credit for new homeowners — all theoretically designed to foster self-sufficiency rather than dependence, building a conservative alternative to the liberal welfare state.

After Bushism came to grief in the housing bubble and the financial crisis, the second adaptation had its hour: so-called reform conservatism, which imagined itself (I was one of the imaginers) as harder-headed than Bushism, offering a suite of technocratic fixes to increase economic mobility and improve middle-class life — and especially middle-class family life — without blowing out the federal budget.

This budget-conscious wonkery seemed poised to influence a Jeb Bush or Marco Rubio administration — before it was simultaneously outbid, absorbed and shattered by Donald Trump. ...

National conservatism represents the fullest version of this effort. It’s more philosophically ambitious than its compassionate-conservative and reformocon predecessors; its impresario, Yoram Hazony, claims to have rediscovered a consistent non-liberal and non-authoritarian Anglo-American conservatism, rooted in our elite’s long-discarded conservative-Protestant heritage, an argument he advances fascinatingly, if not entirely persuasively, in his recent book, “Conservatism: A Rediscovery.”

But on the policy side, the basic question his movement is reckoning with hasn’t changed since the Bush era: How does the Republican Party, which is still the party of free markets and tax cuts, represent and support its working-class constituents?

Broadly speaking, the national conservative answer has been to combine the Trumpian emphasis on trade and industrial policy with the reform-conservative emphasis on family policy, with some trustbusting impulses added in as well. It’s a vision in which conservative governance supports skilled blue-collar jobs, domestic industry and parents of young children, while seeking to weaken the power of the Ivy League and Silicon Valley. ...

Much of the movement seems ready to rally around Ron DeSantis, which is understandable and, relative to the alternative of Trump redux, prudent. But is DeSantis actually a “natcon,” or just a Republican capable of channeling a populist mood and taking advantage of liberal cultural overreach? And if he’s (probably) the latter, then how much does national conservatism ask of him — and what does the natcon persuasion become if, let’s say, he gets elected president by a narrow margin, some fiscal space opens up, and he uses most of it for the usual G.O.P. round of upper-income tax cuts?

One answer is that a few natcons will peel away into an honorable political irrelevance, while the rest will be content to be “cheap dates,” to quote a former G.O.P. staffer who criticized the natcons to MacDougald.

But that epithet isn’t quite fair: The natcons, like the reformocons and compassionate conservatives before them, have strong noneconomic reasons to remain in the G.O.P. coalition, and as long as the Republican Party is pro-life or ranged against cultural progressivism, they are getting something significant out of the relationship.

What they want, though, is to lead the coalition — to set the right’s priorities across the board and seek a Reaganesque or Rooseveltian majority, rather than just having some boxes checked on their behalf while the G.O.P. tries to grind its way to a tenuous majority. And to get that, they’ll need to find the lever that the predecessors never quite discovered, and somehow move the party to a place where the factions that just want tax cuts are coming, hat in hand, to them.