Evaluating The Tax Veto In A Digital Age: Legislative Efficiency And National Sovereignty In The European Union 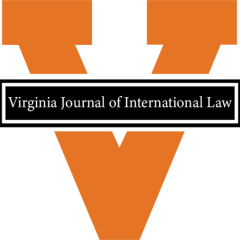 The total market capitalization of the six largest U.S.-headquartered tech companies now tops $4.5 trillion; yet much of their revenues legally escape taxation every year. Recognizing the challenges of taxing the digital economy, the international community joined forces to reform the outdated global tax framework. In 2018, however, the United States hesitated to commit to reform and international negotiations stalled. The European Commission (Commission) subsequently proposed an interim Digital Service Tax for the European Union (EU), in part, to incentivize stronger U.S. involvement in negotiations. Because the European Council requires unanimity when voting on tax proposals, however, the proposal failed when three Member States exercised their tax veto. Defeated by veto, EU leaders could have pursued Enhanced Cooperation to revive the legislation. Instead, the Commission proposed permanent elimination of tax unanimity through the obscure and never used Passerelle Clauses that allow legislators to utilize majority voting without amending any treaties. In doing so, the Commission signaled its desire for the European Union to emerge as a global tax leader, unencumbered by the need to obtain unanimity. However, the Commission’s proposal also raises serious EU state sovereignty concerns.

This Note explores the costs and benefits of abandoning the EU tax veto by explaining the EU distribution of taxation power, voting procedures, and methods of circumventing the tax veto. Ultimately, adopting majority voting for tax promises increased legislative efficiency for the Commission and large EU states. Simultaneously, though, abandoning tax unanimity poses a serious threat to the national sovereignty of small EU states and raises important questions about the proper balance of power between the European Union and its Member States in the digital age.