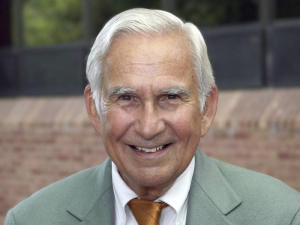 Former William & Mary law professor John Edward Donaldson, recognized nationally and throughout Virginia for his knowledge of tax law, died Tuesday after a short illness. He was 84.

Donaldson retired after a 35-year teaching career at the college in 2001 as the Ball Professor of Law. Additionally, he worked for years in various leadership capacities with the Virginia Bar Association and served two four-year terms on the James City County Board of Supervisors.

After working in the office of chief counsel of the Internal Revenue Service in Washington, D.C., Donaldson returned to William & Mary in 1966, joining the law school faculty. He was named an assistant college vice president in 1968 at age 30, and two years later was named assistant dean of the law school. He became a full professor in 1970.