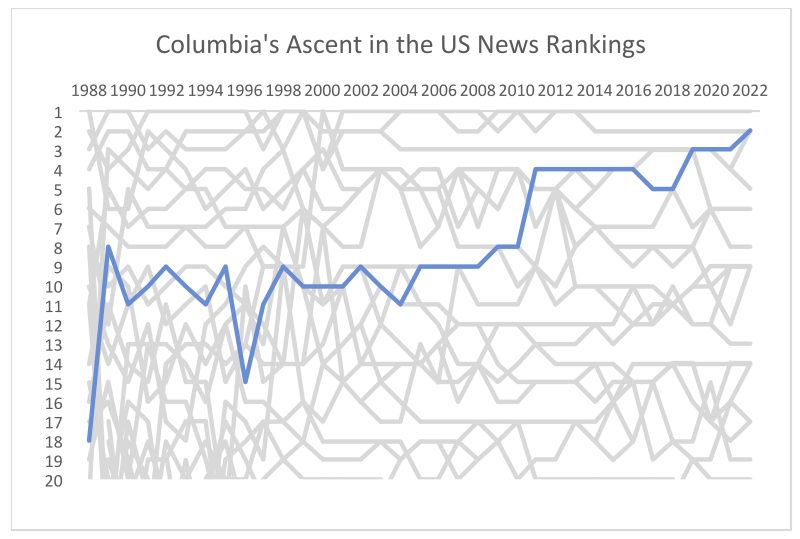 Following up on Saturday's post, Columbia Admits Submitting Incorrect Data That Goosed Its U.S. News Ranking To #2:  Chronicle of Higher Education, Columbia U. Gets a Lower ‘U.S. News’ Ranking After Scrutiny of Its Data:

U.S. News & World Report ranked Columbia University No. 18 among national universities for 2023, after having pulled the Ivy League institution’s numerical rank in July because of alleged data-accuracy problems. Before it was unranked, Columbia was No. 2. ...

The university has not ranked as low as No. 18 since 1988, according an analysis posted online by Michael Thaddeus, a math professor at Columbia. It was Thaddeus’s analysis, which he published in February and which questioned the accuracy of Columbia’s ranking, that set in motion the decisions that led to Columbia’s diminished rank today. ...

Morse said U.S. News ranks colleges that don’t submit their own data. For example, Reed College has famously bowed out of the submission process for nearly 30 years, but U.S. News still ranks it.