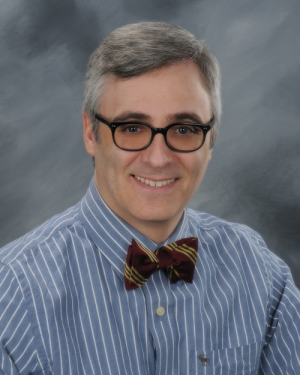 A University of Arkansas at Little Rock law professor has filed a claim with the Arkansas State Claims Commission saying he was improperly denied a named professorship despite being the best-qualified faculty member for the position.

Robert Steinbuch said that his failure to receive the Arkansas Bar Foundation Professorship — which comes with a $10,250 stipend annually for four years — was "at least an abuse of discretion" by Dean Theresa Beiner of the W.H. Bowen School of Law at the University of Arkansas at Little Rock, and he seeks an award of $10,250.

Beiner "did not employ the required donor selection criteria for the position, and improperly adopted a series of her own created substantive criteria, including arbitrarily limiting the time period of accomplishments considered to five years, which obviously benefits candidates without a long history of accomplishments," according to the claim. "Named Professorships are designed to reflect a career of accomplishments, which inevitably includes recent years, but are not designed to only consider recent accomplishments at the expense of also considering" the full records of candidates.

"Beiner filled the one Named Professorship she advertised with an applicant," Lindsey Gustafson — who has been a member of the faculty since 1998 and was appointed Associate Dean for Academic Affairs in 2020 — "who at minimum demonstrably and significantly didn't fulfill the requirements of the Arkansas Bar Foundation Professorship as well as Steinbuch did, if she (did) at all, which does not appear the case," according to the claim. "Had the rules been properly applied, Steinbuch would have received the Named Professorship and the accompanying $10,250, which he seeks in damages."

Well, the infighting and charges of discrimination are far from over; Steinbuch filed a claim with the Arkansas Claims Commission the other day alleging he was wrongly overlooked for a named professorship at the law school because of their past conflicts.

Those previous issues involved his outspoken concerns with quietly renaming a professorship after former President Bill Clinton without faculty knowledge, as well as Beiner denying Steinbuch's long-standing practice of having guest lecturers of his choosing to teach classes when he observes Jewish high holidays.

Those matters being brought to light in the public arena offered a glimpse of the infighting that occurs in academe that seldom make headlines.