As Penn Law Professor Amy Wax faces possible "major sanctions" from the Penn Faculty Senate, she has raised over $175,000 (towards her $300,000 goal) in her Amy Wax Legal Defense Fund on GoFundMe. She also is soliciting funds for her Amy Wax Defense Fund on her own website. The site claims that "Contributions to the Amy Wax Legal Defense Fund are tax deductible under the Section 501(c​)3 of the Internal Revenue Code." California tax lawyer Steven Chung says contributions to the fund are not tax deductible: 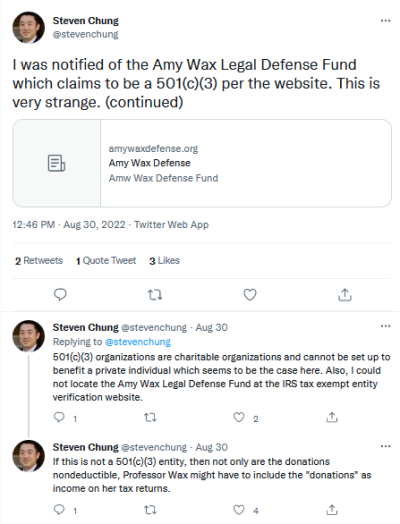