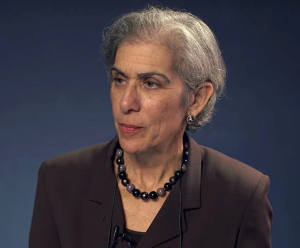 Amy Wax's legal team submitted a memorandum seeking the dismissal of the ongoing University disciplinary proceedings against her on grounds of a "disabled state" from illness.

The 59-page memorandum claims that Wax — the tenured Penn Law School professor who is facing potential punishment for her inflammatory conduct — is undergoing treatment for “life-threatening” cancer, and asks for postponement of the ongoing proceedings until “at least” the end of the year. David Shapiro, Wax’s lawyer, sent the document to Faculty Senate Chair Vivian L. Gadsden, who is overseeing the proceedings, on Aug. 31:

The substantive and procedural problems with the proceedings instituted by Dean Ruger are immense and require immediate rectification before any more harm is done to the University, the Law School, Professor Wax, and other University stakeholders. As Chair of the Faculty Senate, you are “the principal executive officer” of the Senate, and you have “such powers as are appropriate to the office.” Faculty Senate Rules, Rule 4 (“Duties of the Chair”). I therefore respectfully submit this memorandum in support of Prof. Wax’s request that you, as Chair: