Longtime readers know of my obsession with interest in Hamilton (see links below). Religion News Service, Why Alexander Hamilton Gave His Heart to Jesus at a Texas Church This Weekend: 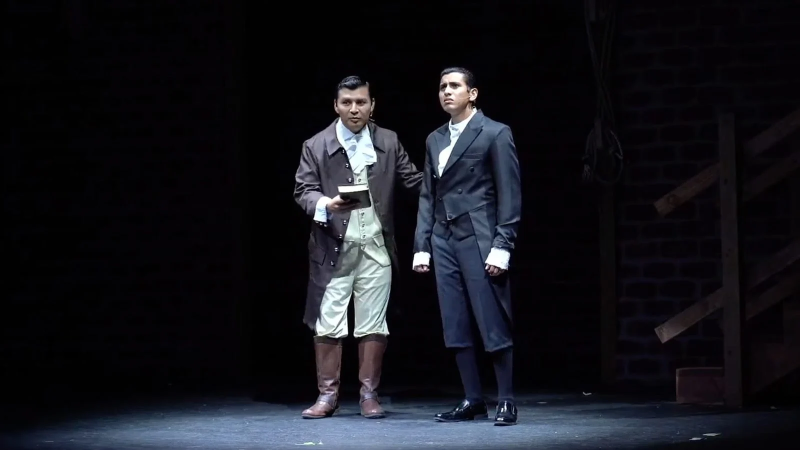 When offered a chance to save his soul at a Texas church this past weekend, Alexander Hamilton did not throw away his shot.

During a slightly adapted production of the hit musical “Hamilton” at The Door Church, a large, diverse congregation, the main character bowed his head, closed his eyes and gave his life to Jesus.

“What is a legacy?” the actor playing Hamilton said, according to a recording of the show obtained by Religion News Service. “It’s knowing you repented and accepted the gospel of Jesus Christ that sets men free.”

There was just one problem. The church did not have the rights to perform “Hamilton” or post videos from a performance online.

“‘Hamilton’ does not grant amateur or professional licenses for any stage productions and did not grant one to The Door Church,” a spokesperson for the musical told RNS in an email.

After learning about the unauthorized performance on social media, the producers of “Hamilton” sent a cease-and-desist letter to the church.

The song is supposed to go:

"But I’m not afraid
I know who I married
So long as you come home at the end of the day
That would be enough" pic.twitter.com/CUitoUXQ34

But I'm not afraid,
my hope is in Jesus.
If you could just give him a chance today
That would be enough."

Jake Johnson, associate professor of musicology at Oklahoma City University, said that while there are serious ethical and legal issues involved, he was impressed by the sophistication of the church production. But he was not surprised by it. Churches have long adapted works of pop culture to spread their messages, he said.

Grateful to all of you who reached out about this illegal, unauthorized production. Now lawyers do their work.
And always grateful to the @dramatistsguild, who have the backs of writers everywhere, be it your first play or your fiftieth. 1/2 https://t.co/yMtM3z9crI