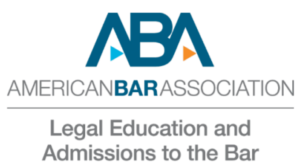 Comments are pouring in from law professors, students and test prep companies as the association ponders chucking the exam requirement.

The proposal to alter the standard comes as a movement to extract testing requirements from undergraduate admissions sweeps the nation, with at least 1,700 institutions not mandating test results for the fall 2023 admissions cycle. COVID-19 challenged the SAT and ACT’s dominant place in admissions as pandemic restrictions prevented common testing sites from opening.

However, testing requirements may prove more difficult to dislodge from the often competitive law school admissions culture, where the LSAT has been a cornerstone for decades. ...

The ABA had posted roughly 40 statements to its website as of Wednesday evening that were submitted as part of the 90-day period to glean opinions on ending testing requirements.

The council will make a final decision after reviewing feedback it receives during that window, which ends Sept. 1. Another governing body, the ABA House of Delegates, will also look over the proposal. A timeline for when the change might occur is unclear.

Thus far, public feedback has been fairly evenly split in favor of rewriting Standard 503 and preserving it.

James Goodnow (CEO & Managing Partner, Fennemore Craig), Down With The LSAT?: Do Standardized Tests Have a Place in Law School Admissions in 2022?:

If [the] new ABA accreditation standard goes into effect ... law schools will no longer even need to require their applicants to take any standardized testing, whether the GRE, the LSAT, or something else. As one might expect, attitudes toward the proposal are diverse and passionate on both sides of the debate. Criticisms and defenses of the LSAT could merit their own column, or frankly their own book. At the risk of painting with a wildly overbroad brush, the major arguments for and against are outlined briefly below. ...

The problem with the current debate is that it’s all theoretical. Nobody really knows what the impact will be. ... Test optional is one thing for college, but it’s still another for law school where students will eventually be tested with a bar exam.

One way to thread the needle here would be to lift the requirement for a period — say five years — to see what impact the change would have over the long haul. Law schools would not have to participate in this experiment; there’s nothing in the proposal that says law schools can’t still choose to require LSAT scores for admission, just as many do now while others allow the GRE. At the same time, the testing window would give schools an opportunity to see if the mix of students entering law school changes and what happens to bar pass rates. Anything that trends in favor of allowing experimentation and opening up pathways to the law for qualified applicants seems like a net positive for our profession. The only thing we can say confidently is that we will never know unless we try. ...

I’ve known any number of people who were wizards at testing into law school, geniuses at their end-of-semester exams, and middling-to-disastrous in the actual practice of the law. The LSAT does a pretty solid job of testing a certain strand of analytical rigor, but that ability to quickly and accurately analyze problems is a necessary, but not sufficient, criteria for success in this business. Dropping a 180 on a multiple-choice test says nothing about someone’s ability to land a client, close a deal, build relationships, or sway a jury.

Success in the practice of law takes smarts, but also drive, resilience in the face of adversity, empathy, and an unbeatable work ethic. Those intangible personality traits are much harder to test for, and harder still to identify in the brief time allotted to prospective students in a typical admissions process. But they are far and away the most important predictors of success both during school and out in the professional world. Anyone who can figure out a way to test for that on a Scantron sheet will be doing our profession, and our world, a favor. Until then, let’s push our profession to think outside the bubbles and find the best future colleagues we can.