Lesson From The Tax Court: Non-Receipt of 1099 Does Not Get You Out of Penalties 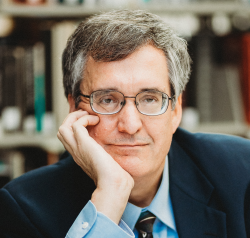 When we think of penalties we naturally think of punishment.  I mean, to channel Steven Wright, if a penalty is not punishment when why does the word start with “penal”?  Both this week and next week’s lesson teach us how penalties serve other purposes as well.  Today, in Lionel E. Larochelle and Molly B. Larochelle v. Commissioner, T.C. Summ. Op. 2022-12 (July 12) (Judge Leyden), we learn why non-receipt of a Form 1099 does not constitute reasonable cause to escape the §6662(a) penalty for making a substantial understatement of tax.  Next week we will look at whether a court-ordered disgorgement of illegal gains is a penalty for purposes of a §162(f) prohibition on  deductions for governmental fines or penalties.  Today’s short lesson awaits below the fold.

Purpose of Penalties
It is often said that tax penalties are used to promote voluntary compliance. That does not mean they are not also penalties.  It just means they serve purposes other than retribution for bad behavior.  You can see that in this explanation given in IRM 1.2.1.12.1 (06-29-2004) (Policy Statement P-1-20):

Put another way, Congress (and the IRS) want taxpayers to take proper care in their tax reporting obligations.  The purpose of the penalties is not to punish people in retribution for their wrong-doing, but to instead deter careless behavior, and also to reassure compliant taxpayers that non-compliant taxpayers pay a price for their non-compliance.  Deterrence is a classic rationale for penalties: “if you are careless you will pay a price!”  Reassuring compliant taxpayers that they are not being suckers for voluntarily complying with the law is an equally important rationale: “see, see, we’re not letting other folks get away with what you wish you could get away with!”

You see these other purposes most obviously applied in the §6651 “additions to tax” for failure to file and failure to pay.  Not only does Congress demur in labeling those as penalties, at least in §6651(a) (it does use the penalty label for §6651(b), (d) and (f)), the IRS also has institutionalized an administrative process to give first-time transgressors a no-fault abatement.  See IRM 20.1.1.3.3.2.1 (First Time Abate (FTA)).  That abatement is generally available for taxpayers who have a clean filing and payment compliance record for the prior three years.

It’s a bit harder to see these other purposes for penalties imposed under §6662 (titled “Imposition of Accuracy-Related Penalty on Underpayments.”)  Congress wrote §6662 in 1989, as part of the Omnibus Reconciliation Act, 103 Stat 2106, 2388, in order to consolidate a bunch of different penalties into one section.  But the statute is ambiguous.  Did Congress mean to create a single penalty (as the statute’s title suggests) or are the penalties still separate only now as separate subsections rather than separate Code sections. For a short lesson on that see Lesson From Tax Court: §6662 Contains Multiple Penalties For §6751 Supervisory Approval, TaxProf Blog (Aug. 17, 2020).  This ambiguity has caused the Tax Court to issue inconsistent opinions on how the IRS is supposed to comply with the §6751(b) supervisory approval requirements for §6662.  See Lesson From The Tax Court: §6662 Penalties Treated As One For Supervisory Approval Requirement, TaxProf Blog (Oct. 19, 2020).

The IRS does not have an FTA program for §6662 penalties.  But both the statute and IRS administration provide guidance on how taxpayers may be entitled to penalty abatement if they show they had both reasonable cause for the error and a good faith belief that they had committed no error.

First, §6664(c) says that “[n]o penalty shall be imposed under section 6662 or 6663 with respect to any portion of an underpayment if it is shown that there was a reasonable cause for such portion and that the taxpayer acted in good faith with respect to such portion.”

Second, while the statute appears to create a two-part defense (reasonable cause plus good faith) the IRS pretty much mashes them up and simply uses an indeterminate multi-factor test to determine reasonable cause.  Thus, Treas. Reg. 1.6664-4(b)(1) provides that “Generally, the most important factor is the extent of the taxpayer's effort to assess the taxpayer's proper tax liability.”  But the regulation goes on to warn that “[r]eliance on an information return or on the advice of a professional tax advisor or an appraiser does not necessarily demonstrate reasonable cause and good faith.”

The IRM echoes that regulatory language: “Generally, the most important factor in determining reasonable cause is the taxpayer’s effort to report the proper tax liability. Other factors to consider are the taxpayer’s experience, knowledge, education, and the taxpayer’s reliance on the advice of a tax advisor.” IRM 20.1.5.7.1 (“Reasonable Cause”).  The IRM then illustrates the idea of reliance on an information return by saying that a factor favoring taxpayers will be“reliance on erroneous information reported on Forms W-2, 1099, etc., provided that the taxpayer did not know or have reason to know that the information was incorrect.”  Exhibit 20.1.5-6 (“Determining Reasonable Cause and Good Faith”).

Facts
The tax year at issue is 2017.  That year, Mr. LaRochelle was a very, very busy man, both on the personal and business fronts.  On the personal side he and Ms. LaRochelle had changed their home from Washington D.C. to Florida in 2016, but still owned their former D.C. home.  They had a mail-forwarding order in place with the U.S. Post Office.  On the business side, Mr. LaRochelle was “professionally engaged in more than ten business partnerships.  He was required to report taxes for those partnerships in more than five states.  With respect to one partnership, which held hotel real estate assets, Mr. LaRochelle was the overseeing general manager and was in charge of its day-to-day operations, as well as its recordkeeping.”  Op. at 3.

The LaRochelles hired a CPA/JD to prepare their 2017 return.  They gave him all their documents but since they had not received that second 1099-R there was no document to give him  Nor did they otherwise disclose the $238,000 to their tax return preparer.  As a result, their return did not report the distribution as income.  And, as a result of that, the creaky IRS computer matching system eventually coughed out a CP2000 letter telling them that if they did not explain the discrepancy, the IRS would assess a deficiency of $72k plus a substantial understatement penalty of $9k.  The LaRochelles did not respond to that CP2000.  The IRS followed up with an NOD.  That got their attention.  They petitioned Tax Court and, basically, conceded the deficiency (and paid it).  But they wanted the IRS to abate the penalty.  The IRS refused.  Thus, we get today’s lesson.

Lesson: Lack of 1099-R Did Not Excuse Failure To Report IRA Distribution
The LaRochelles argued that they had reasonable cause for failing to report the $238k IRA distribution because they had not received a Form 1099-R for it.  They pointed out that they had received the Form 1099-R for the $60k distribution and properly reported that amount.  It’s not entirely clear from the opinion how they framed their argument.  They might have said something to the effect of: “hey, we gave all the documents we had to our return preparer so that shows our good faith.”  Or they may have said something like: “look, we properly reported a distribution when we received the proper Form for it, so that shows our good faith!”

Judge Leyden was unimpressed either way.  She first notes that non-receipt of an information return copy does not excuse the failure to report amounts that the taxpayer actually knew they received.  Here, “petitioners did not dispute that they received the $238,000 distribution....”  So they knew about the transaction and it was their duty to report it, regardless of whether the IRA custodian issued a proper 1099-R or sent it to the right address.  She then notes that the LaRochelles could not hide behind their tax return preparer because they did not even tell him about the $238,000.  Instead, they appeared to have just dumped off their records they had, and let the preparer do the rest.  That's not good faith.  Judge Leyden notes that “the record does not show that petitioners reviewed the completed return before it was filed.”

Most likely, the LaRochelles just forgot about the distribution.  Maybe it came early in 2017, which was a busy year for them.  Hmmmm.  Doubtful.  The proposed underpayment of $72k on the $238k distribution suggests they were not in that rarefied level of income where a $238,000 bump in the bank account would go unnoticed.  And even if they were, forgetfulness is not acting with the care and attention that Congress or the IRS—or the rest of us—want taxpayers to take when reporting taxes.

As Judge Leyden put it: “Clearly, petitioners made a mistake.”  Yup.  And the purpose of the $9,000 penalty is to (1) encourage these taxpayers to take more care in the future to not "forget" large distributions just because there is no Form 1099; and (2) demonstrate to the rest of us that we are not suckers for being careful.  The system is working: careless taxpayers pay a price—whether you call it a penalty or a "tax on carelessness."

Bryan Camp is the George H. Mahon Professor of Law at Texas Tech School of Law. He invites readers to return each Monday (or Tuesday, if Monday is a federal holiday) for another Lesson From The Tax Court here at TaxProf Blog.

As tax preparers we generally ask about 1099's for distributions that have recurred over previous years, but if it's one-time, as appears to be the case here, there's not much basis for asking, although now perhaps we should add the question, “have you conveniently forgotten about any distributions that you should have received 1099's for, but didn't (our good friend AUR hasn't forgotten!)?” (And of course this is not to suggest for an instant that all income shouldn't be reported, regardless of whether or not there is any third-party reporting.)

Also, if previous years 1099R's were received by the CPA, why didn't he/she notify or question the client as to where is the current 1099R and if one was not received, request it. It appears that the tax preparer is somewhat at fault in my opinion..