Following up on my previous post, ProPublica: Family Research Council Is Now A Church In The Eyes Of The IRS:  Washington Post, Democrats Call on IRS to Review Right-Wing Group’s ‘Church’ Status: 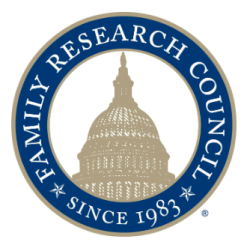 Congressional House Democrats are asking the IRS to review the tax-exempt status of a prominent conservative advocacy group recently reclassified as a church, arguing the organization may be exploiting the designation to avoid scrutiny.

Forty Democratic lawmakers, led by U.S. Reps. Suzan DelBene (Wash.) and Jared Huffman (Calif.), outlined their concerns about the Family Research Council in a letter sent to the head of the IRS and the secretary of the Treasury on Monday. According to a recent report from ProPublica, the FRC successfully applied to be reclassified as a “group of churches” in 2020.

Lawmakers say that while the FRC often appeals to faith and advocates for a “biblical worldview,” the status change “strains credulity” because the group operates primarily as “a political advocacy organization.”

“They do not hold religious services, do not have a congregation or affiliated congregations, and do not possess many of the other attributes of churches listed by the IRS,” the letter reads. “FRC is one example of an alarming pattern in the last decade — right-wing advocacy groups self-identifying as ‘churches’ and applying for and receiving church status.” ...

The head of the Family Research Council said Tuesday evening that a call by 40 Congressional Democrats for a Treasury Department/IRS investigation of the group’s “association of churches” tax-exempt status was “factually challenged” and asserted the organization isn’t “trying to hide anything” from the public.

FRC president Tony Perkins told The Washington Times that his organization filed for “association of churches” recognition in 2020 and said the Democratic letter’s assertions that the FRC is a “church” are incorrect.

“We did not seek recognition as a church,” Mr. Perkins said in a telephone interview. “We’re an association of churches, [and] there’s a difference between the two. We work with about 15,000 churches across the country,” he added.