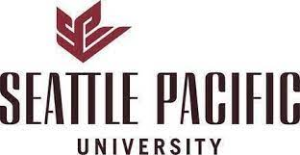 The lawsuit, filed Wednesday, accuses Ferguson of violating the Free Methodist Church–affiliated university’s constitutional right “to decide matters of faith and doctrine, to hire employees who share its religious beliefs, and to select and retain ministers free from government interference.”

At the root of the lawsuit is a policy that has long been a source of friction at Seattle Pacific: a prohibition on the hiring of openly gay faculty and staff members, which the president and Board of Trustees have vigorously defended despite opposition from students, employees and alumni. Students have walked out and sat in to protest the policy; the board refuses to budge out of concerns that doing so would end its 130-year membership in the Free Methodist Church. ...

SPU subscribes to the belief that “sexual experience is intended between a man and a woman,” according to its Statement on Human Sexuality. Its policy holds that “employees are expected to refrain from sexual behavior that is inconsistent with the University’s understanding of Biblical standards, including cohabitation, extramarital sexual activity, and same-sex sexual activity.”

In the lawsuit, lawyers for the Christian university accused Washington’s attorney general of “wielding state power to interfere with the religious beliefs of a religious university, and a church, whose beliefs he disagrees with. He is using the powers of his office (and even powers not granted to his office) to pressure and retaliate against Seattle Pacific University.”

Interim president Pete Menjares—who has been the subject of protests, including from students who handed him rainbow flags at graduation instead of shaking his hand—defended Seattle Pacific in a statement announcing the lawsuit: “For over 130 years, our university has been guided by our Christian mission and purpose, and we’re asking to continue that tradition. The faith commitment of our faculty and staff is an essential foundation to our identity as a Christian university.”

Lori Windham, senior counsel at Becket Law, which is representing SPU in its suit against Ferguson, said in a statement that “the state is going after a 130-year-old Christian university and violating our country’s long-standing principle of the separation of church and state.” ...

Ferguson fired back with a statement of his own Friday morning.

The policy itself was considered at length following a lawsuit brought by Jeaux Rinedahl, a gay adjunct nursing professor who sued SPU claiming he was denied a full-time position due to his sexual orientation. That lawsuit was settled out of court, according to SPU’s website, but prompted the creation of a work group that delivered policy recommendations to the board around the hiring of LGBTQ+ individuals. The work group made suggestions that would have allowed Seattle Pacific to change its policies in a way that kept it in standing with the Free Methodist Church, but that process was allegedly corrupted by trustees leaking documents to the denomination, which caused the church to tighten its policies on same-sex marriage. That meant SPU would be cast out of the Free Methodist Church if it changed its policies to accept LGBTQ+ employees, as the work group recommended.

The board has twice voted to uphold SPU’s homophobic hiring policies, first in April 2021 following Rinedahl’s lawsuit and again in May 2022 after the work group delivered its recommendations. The backlash since May has garnered national and international headlines. ...

Kevin Neuhouser, a sociology professor and co-chair of the work group that recommended the board change its policies, sent an email to Menjares and faculty members arguing that no one asked “SPU to give up its right to exclusively hire Christians.” The change, he said, was to allow for the hiring of Christians who aren’t heterosexual or heteronormative.

Neuhouser concluded his email sharply: “I have lost hope in the Board of Trustees to defend our Christian identity; I have lost faith in the SPU administration to defend our Christian identity. My only hope is that Attorney General Bob Ferguson will use the law to get SPU to do what we should voluntarily do in order to be faithful to the God who is gracious, generous, and forgiving to us far beyond anything we deserve … if only we could be imitators of the God we claim to love.”