Following up on yesterday's post, More Colleges (And Law Schools) Are Adding Diversity To Tenure Standards. But The Debate’s Not Settled.:  Press Release, AFA Calls for An End to Required Diversity Statements: 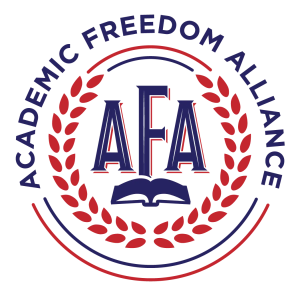 The Academic Freedom Alliance (AFA) today released a statement urging institutions of higher education to desist from demanding “diversity statements” as conditions of employment or promotion. The AFA’s statement responds to the rising trend of academic institutions requiring members or prospective members of faculties to sign pledges or make statements committing themselves to advance “diversity, equity, and inclusion” (DEI) or to detail the ways in which they have done or will do so.

“Academics seeking employment or promotion will almost inescapably feel pressured to say things that accommodate the perceived ideological preferences of an institution demanding a diversity statement, notwithstanding the actual beliefs or commitments of those forced to speak” said Janet Halley, co-chair of the AFA Academic Committee and Eli Goldston Professor of Law at Harvard Law School.*

Today’s statement, which is available in its entirety here, further warns, “This scenario is inimical to fundamental values that should govern academic life. The demand for diversity statements enlists academics into a political movement, erasing the distinction between academic expertise and ideological conformity. It encourages cynicism and dishonesty.”

Regarding the AFA’s statement, Robert P. George, McCormick Professor of Jurisprudence at Princeton University*, said, “The danger that mandatory DEI statements would function as ideological loyalty oaths worried academic freedom advocates and other civil libertarians from the start. Experience, far from diminishing that worry, has heightened it.”

“A legitimate debate exists regarding how to promote equal access to higher education, as well as ensure a diverse intellectual community of learners. When the very terms of discussion (e.g., equality, equity, color blind, and meritocracy) are contested concepts, to prevent diversity statements from being used as ideological litmus tests, universities should refrain from requiring DEI statements.” said Lucas Morel, co-chair of the AFA Academic Committee and John K. Boardman, Jr. Professor of Politics and Head of the Politics Department at Washington and Lee University.*

“DEI statements distract search committees from fair and unbiased evaluation of candidates’ merit as scholars and educators. They send a harmful and chilling message to candidates that their compliance with political dogmas and activism promoting these dogmas are more important than their professional excellence,” said Anna Krylov, Professor of Chemistry, University of Southern California.*

*University affiliations are mentioned for identification purposes only.