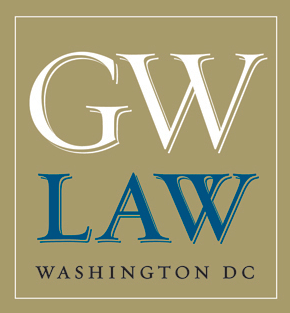 The GW petition reflects a growing intolerance and orthodoxy sweeping universities. When I began teaching 30 years ago, universities were bastions of free speech where a wide array of views and values were steadfastly defended. Any attack on one was an attack on all.

Today, a palpable level of fear and intimidation exists among many faculty members that they could be the next target of one of these campaigns. Most professors are not protected by tenure, and universities can cite other reasons for not renewing their contracts.

The percentage of tenured professors has been declining for half a century. Roughly three of four faculty today are what are called “contingent faculty,” or faculty who work contract to contract.

The problem is that this contingency often seems to depend upon an adherence to a new orthodoxy on racial justice, police abuse, gender identification and other issues. When a professor voices a dissenting view, universities will often defend the same principles in the Thomas controversy but then simply fail to renew a contract on unstated grounds. ...

Public campaigns are often designed to get dissenting faculty to cancel themselves or leave them marginalized in their own academic communities.

For some, the constant hostility becomes too much and they leave teaching — which is the purpose of these campaigns. For others, the attacks only strengthen the resolve to remain. Recently, for example, Rep. Susan Wild (D-Pa.) used her address as GW’s commencement speaker to accuse me of using law for “wrongful ends” for questioning the constitutional basis for former President Donald Trump’s first impeachment, including a demonstrably false accusation even her Democratic colleagues refuted in the hearing.

The difference is that as a tenured faculty member, I remain protected from calls for termination. Of course, universities can make continuing on a faculty intolerable by shifting classes, keeping professors off academic panels and committees and subjecting them to public ridicule, including citing them as examples of intolerance. ...

Most teachers are contractual or adjunct faculty like Justice Thomas but do not have a “day job” like Thomas if they are forced off faculties.

The targeting of Thomas was a relatively easy fight for academic-freedom advocates given his position. Barring a Supreme Court justice from teaching is not like getting rid of the university’s “Colonial” mascot. The latter changes what publicly we are called while the former changes who we are as an educational institution. Yet for the many faculty in the same position, their continued teaching is both legally and practically “contingent” on satisfying the demands of the majority at universities.