ProPublica: Family Research Council Is Now A Church In The Eyes Of The IRS

ProPublica, Right-Wing Think Tank Family Research Council Is Now a Church in Eyes of the IRS: 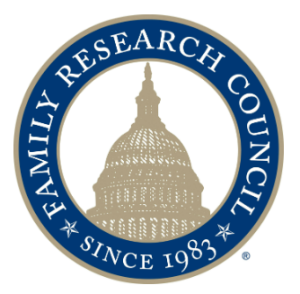 The FRC, a staunch opponent of abortion and LGBTQ rights, joins a growing list of activist groups seeking church status, which allows organizations to shield themselves from financial scrutiny.

The Family Research Council’s multimillion-dollar headquarters sit on G Street in Washington, D.C., just steps from the U.S. Capitol and the White House, a spot ideally situated for its work as a right-wing policy think tank and political pressure group.

From its perch at the heart of the nation’s capital, the FRC has pushed for legislation banning gender-affirming surgery; filed amicus briefs supporting the overturning of Roe v. Wade; and advocated for religious exemptions to civil rights laws. Its longtime head, a former state lawmaker and ordained minister named Tony Perkins, claims credit for pushing the Republican platform rightward over the past two decades.

What is the FRC? Its website sums up the answer to this question in 63 words: “A nonprofit research and educational organization dedicated to articulating and advancing a family-centered philosophy of public life. In addition to providing policy research and analysis for the legislative, executive, and judicial branches of the federal government, FRC seeks to inform the news media, the academic community, business leaders, and the general public about family issues that affect the nation from a biblical worldview.”

In the eyes of the Internal Revenue Service, though, it is also a church, with Perkins as its religious leader.

According to documents obtained via the Freedom of Information Act and given to ProPublica, the FRC filed an application to change its status to an “association of churches,” a designation commonly used by groups with member churches like the Southern Baptist Convention, in March 2020. The agency approved the change a few months later.

The FRC is one of a growing list of activist groups to seek church status, a designation that comes with the ability for an organization to shield itself from financial scrutiny. Once the IRS blessed it as an association of churches, the FRC was no longer required to file a public tax return, known as a Form 990, revealing key staffer salaries, the names of board members and related organizations, large payments to independent contractors and grants the organization has made. Unlike with other charities, IRS investigators can’t initiate an audit on a church unless a high-level Treasury Department official has approved the investigation.

The FRC declined to make officials available for an interview or answer any questions for this story. Its former parent organization, Focus on the Family, changed its designation to become a church in 2016. In a statement, the organization said it made the switch largely out of concern for donor privacy, noting that many groups like it have made the same change. Many of them claim they operated in practice as churches or associations of churches all along.

Warren Cole Smith, president of the Christian transparency watchdog MinistryWatch, said he believes groups like these are seeking church status with the IRS for the protections it confers.

The current wave of nonprofit-to-church conversions appears to have gained steam after 2013, when the head of the Billy Graham Evangelistic Association accused the IRS of targeting BGEA and another charity he heads with audits after the group took out newspaper ads supporting a North Carolina constitutional amendment defining marriage as between one man and one woman. The groups, BGEA and Samaritan’s Purse, retained their tax-exempt status, and in 2015, they applied for church status and got it.

Christianity Today, When Can a Ministry Count as a Church?:

The research team counting all the nondenominational congregations in America did not add any marks to their tally when a conservative Christian think tank in Washington, DC, declared itself an association of churches.

“We are looking for nondenom congregations/worshiping communities, many of which might not even be registered or 501(c)(3) entities,” said Scott Thumma, director of the Hartford Institute for Religion Research and head of the team counting nondenominational churches for the 2020 US Religion Census. “Family Research Council as well as evangelists, singing groups, mission agencies, resource suppliers, etc., get stripped out even if they claim to be nondenominational. We are only looking for churches.”

Thumma’s team did not include any of them in its count of 39,430 nondenominational churches in 2020, an increase of nearly 4,000 congregations and 6.5 million people from the 2010 religion census.

The IRS is counting them as churches for tax purposes, however.

Some Christian organizations that have historically been considered parachurch ministries have told the IRS they should be seen, legally, as churches. More started making this argument in the past five years.

In 2016, an executive at the tech company Mozilla was publicly shamed for a donation he made to a political organization opposing same-sex marriage. He was forced to resign, raising concerns among conservative Christian groups that donors could face stiff social consequences for unpopular associations.

“This was done primarily to protect the confidentiality of our donors,” a Focus on the Family spokesman told Ministry Watch in 2020. “In recent years there have been several occasions on which non-profit organizations—on both the right and the left—were targeted for information, including the names and personal details of their donors.” ...

Politically active groups tend to really raise eyebrows when they request reclassification. The ProPublica report, for example, points out that FRC head Tony Perkins has claimed credit for pushing the Republican Party to the right and the organization hosts the Pray Vote Stand Summit, “one of the largest and most influential gatherings for those on the Christian right.”

As a church, the FRC cannot endorse candidates, according to IRS rules, but it can engage in issue advocacy.

Even observers who are basically sympathetic to these evangelical nonprofits have raised concerns about the lack of transparency. Ministry Watch president Warren Cole Smith previously served as the vice president of mission advancement for the Colson Center for Christian Worldview. He’s not opposed to evangelicals getting involved in politics or promoting a family values agenda. Still, he’s concerned about the lack of transparency and the lack of credibility when parachurches claim to be churches.

According to the IRS, though, they are, based on 14 “marks” for what the tax revenue agency considers a church.