Kysar: Interpreting By The Rules 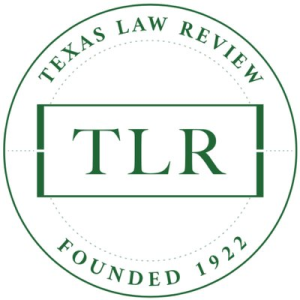 Which brings us to a deeper riddle: What is the significance of the rules to an interpreter when Congress routinely flouts them? If one’s goal is to accurately depict the lawmaking process in hopes of deriving rules of construction that have democratic roots, then surely the interpreter must discard the rules as hopelessly unreliable guideposts. Then again, if the interpreter’s ultimate aim is to serve democratic ends, then shouldn’t we strive toward rule of law values, ensuring that Congress acts in an honorable way? Ultimately, I resolve the question by first asking what the rules are meant to do. Only then can we understand what it means to interpret by them.

Through examination of many procedural contexts, I set forth an innocuous account of congressional defiance of the rules. Rather than a symptom of branch dysfunction, we should see the rules as guidelines that attempt to order congressional business but that ultimately must give way to politics. Nonetheless, some rules can help the interpreter paint a more faithful picture of congressional procedure in spite of their not being followed. More broadly, I conclude that interpretive presumptions deriving from the general efficacy of legislative rules, rather than their precise enforcement, are more successful in mirroring congressional reality.