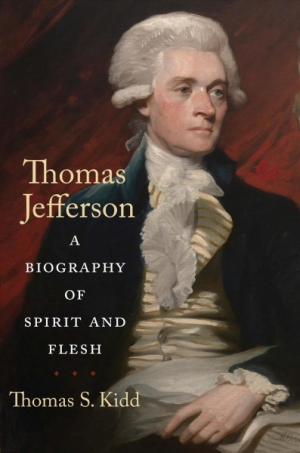 For most of the 20th century, historians and biographers adopted a reverential tone toward the American Founders. That, as readers of these pages will not need to be told, has changed. A half-century ago the typical scholar would have expressed sincere regret that Washington, Jefferson, Madison et al. had owned slaves and failed to live up to the Declaration’s promise of equality. But that scholar would also have acknowledged their courage, intellectual rigor, sagacity and political skill. In the 2020s, by contrast, the Founders’ principal accomplishments are the depredation of native lands and the composition of a now-obsolete Constitution. And every Founder, slave-owner or not, stands more or less guilty of the one sin from which, in the post-Christian code of morality, there is no hope of redemption: white supremacy.

It’s tendentious and sanctimonious and productive of much bad writing, that’s true. But the move away from veneration may bring collateral benefits. There was a time when influential historians and high-ranking Democratic politicians revered Thomas Jefferson because he embodied their ideals of freethinking skepticism and disregard for tradition. That time has passed. Jefferson was a great and accomplished man, whatever his severest detractors might say. But the revelation in 1998 that he sired several children by an enslaved servant has made his repellent views on the subject of race impossible for his admirers to play down or excuse. The reputation of Jefferson the Enlightenment Hero has suffered in turn. It’s hard to praise a man for his courageous heterodoxy, belief in man’s unaided capacity for reason, and support for French revolutionary violence when he also compared blacks to subhumans and spurned the poetry of Phillis Wheatley solely because she was black.

What we need is a balanced reassessment of Jefferson’s thought and attitudes on God and religion. Thomas S. Kidd, a professor of history at Baylor, gives us that in his crisply written life Thomas Jefferson: A Biography of Spirit and Flesh.

The first thing to note about Jefferson’s spiritual life is that it was a complicated mess. Older scholarship tended to flatten it out, viewing his declarations of faith and his religious observances as basically insincere and his statements of doubt as genuine. Psychologists call that projection. Mr. Kidd prefers to take the Sage of Monticello at his word, especially in cases in which there was no reason for him to obfuscate. Jefferson, Mr. Kidd writes, “was a skeptical providentialist, a higher critic of Scripture yet a lifelong reader of biblical texts, and a pioneer of church-state separation who could not have imagined a public sphere stripped of religious symbols and rhetoric.”

Jefferson was very far from being an orthodox Christian—he ridiculed the doctrine of the Trinity and disbelieved the gospels’ supernatural claims. But it’s clear, reading Mr. Kidd’s account, that Jefferson’s moral vocabulary depended heavily on biblical and Christian ideas. He was not an adherent of Deism, the idea that God created the world but does not involve himself in it, as is often claimed; indeed he frequently posited God’s intervention. Napoleon’s defeat and exile proved, for Jefferson, “that we have a god in heaven, that he is just, and not careless of what passes in this world.” He believed firmly in an afterlife, though on what basis is another question. He quoted the Bible constantly, and not only for the purpose of literary allusion. Jefferson’s contentions for religious disestablishment were based explicitly on Jesus’ promise, which Jefferson credited as genuine, that the gates of hell would not prevail against the church: Why, he wondered, as John Locke had in the 17th century, would such an institution require governmental protection and coercion? ...

“It is in our lives, and not from our words, that our religion must be read,” he wrote in 1816. “By the same test the world must judge me.” He was right about that.