The Ohio State University Trademarks 'The' 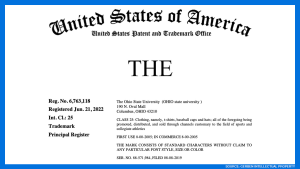 Ohio State University has received a trademark for one of the most common words in the English language, one that the school’s supporters often forcefully emphasize when uttering its name: “The.”

While athletes from other schools may simply say they went to Michigan or Penn State, a Buckeye rarely cuts corners: “The Ohio State University,” they’ll say, usually adding a dramatic pause after stressing the “the.” The school’s players, alumni and supporters often speak its name in that consistent cadence, as football fans who have watched N.F.L. starting lineups introduce themselves on Sundays or Monday nights have most likely heard

To Ohio State’s supporters, the tradition is cherished and sets the school apart from the rest. (To Ohio State’s rivals, it’s nauseatingly pompous. To each their own.)

The trademark, issued on Tuesday by the U.S. Patent and Trademark Office, won’t unleash heavy-handed lawyers in search of anyone using the word “the” — its protections are limited to a narrow set of circumstances that people are unlikely to cross unless they are selling knockoff Ohio State merchandise. But it gives the university some protection against unlicensed sellers, and adds to the school’s efforts to link itself to the very common word. 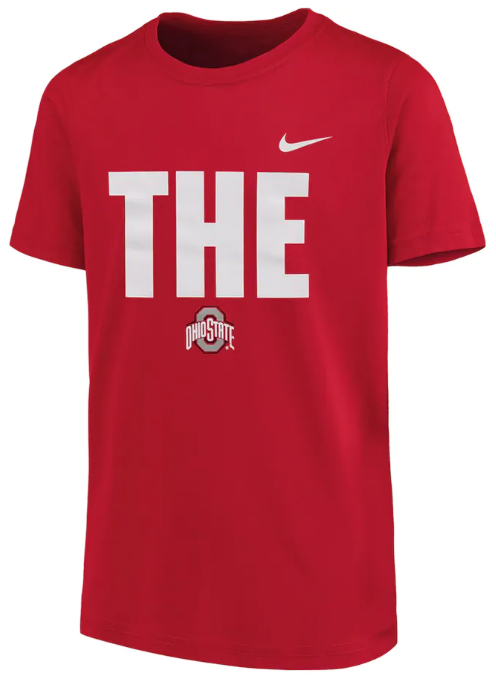 Wall Street Journal, The™ End of Ohio State as We Know It:

A college sports powerhouse trademarks a three-letter word. Is it hubris or THE apocalypse? ...

To be clear, Ohio State doesn’t now own the use of the word “the.” The Wall Street Journal doesn’t suddenly have to start referring to itself as Wall Street Journal. “The Godfather” doesn’t become “Godfather,” the Rock isn’t now Rock, you don’t have to ask to “pass potatoes,” and the ghost of Jim Morrison doesn’t have to haunt your dreams singing This is end. When your Dad refers to Instagram as “the Instagram,” he doesn’t owe money to the administration in Columbus.

The, the, the, the, the—see, I can use the word as much as I want, and Ohio State can’t ask for a penny. Even if they did, try and get it, suckers.

It’s strictly a fashion thing. In fact, OSU found itself in a scramble with the Marc Jacobs brand, which also wished to trademark THE for items. Ohio State reached an agreement with Marc Jacobs on sharing the use of THE last year, a university spokesperson told the Journal.

Chronicle of Higher Education, ‘Whose Brilliant Idea Was This?': How Ohio State Successfully Trademarked the Word ‘THE’ 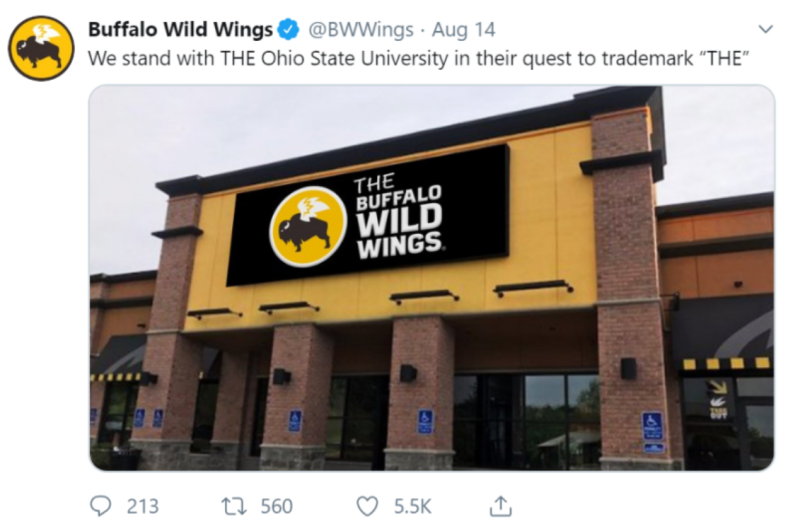