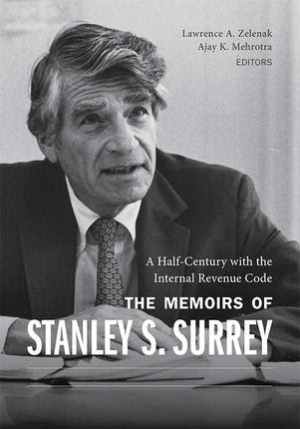 Nearly forty years after his untimely death, Stanley Surrey, the renowned Harvard law professor (and Treasury official), remains perhaps the most important and influential tax law scholar in American history. The recent publication of his highly illuminating memoirs offers a convenient occasion for reassessing his work.

In offering such a reassessment, this essay takes its title from William F. Buckley’s 1974 observation that, while Surrey claimed to analyze tax policy issues with “scientific detachment,” in fact he was a tax “moralist,” whose policy recommendations were “based on a highly articulated set of personal value principles.” Largely agreeing with Buckley as a descriptive matter, the essay considers what Surrey’s work both gained and lost intellectually by hewing so strongly to a set of career-long, deeply held beliefs. Along the way, the essay contrasts Surrey’s moral and intellectual certainty with the skepticism and resistance to grand system-building of Boris Bittker of Yale Law School, Surrey’s only mid-century rival for intellectual leadership of the tax legal academy. ...