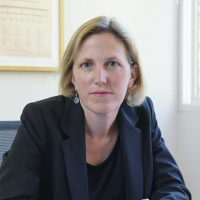 Clausing, an expert on corporate profit shifting, was part of the administration’s team that sought to recoup money the government was owed but didn’t collect. She pushed to increase taxes on corporations and wealthy Americans, including upping the domestic corporate rate to 28%.

Tuesday was her last day, according to people familiar with the matter. Clausing is returning to academia, a Treasury spokeswoman said. Clausing was an economics professor at Reed College in Oregon before she took a post at UCLA School of Law. ...

Greg Leiserson, who currently works for the Council of Economic Advisers, will likely take the post Clausing is leaving, one of the people said.